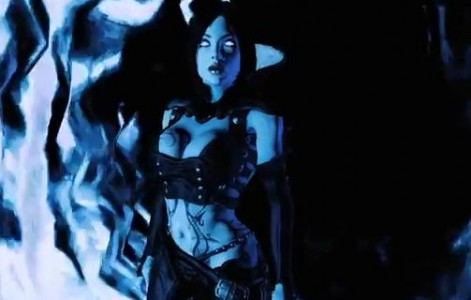 I can’t even begin to tell you my history of being a fan of all things Xena. I know it is a bit nerdish, but even though the show has been over for nearly ten years I seem to always follow the cast’s projects in just about every area. Lucy Lawless of course was Xena, so knowing that she will be lending her vocal talents as Seraphine in Hunted: The Demon’s Forge gets me pretty excited to say the least. This of course is Lucy Lawless’ first major video game role, and today a new video was released which takes players behind the scenes with not just Lawless, but the development team of the game.

In the clip, the team explains quite a bit about the plot and touch up a bit about how the Mayan mythology shaped this tale and the characters’ motives in the game. Lucy Lawless of course is also very prominent in this trailer as well as she introduces players’ to her character Seraphine who guides and persuades the main characters to do her bidding. I am already a pretty big fan of fantasy and hack & slash titles, but I must say that Bethesda and InXile have captured my interest pretty heavily with Hunted as it seems to offer not only an interesting storyline and a vivid world to explore, but also an addictive gameplay system. Check out the trailer for yourself below and let us know what you think in the comment section. Hunted hits the Xbox 360, PS3, and PC on May 31st.