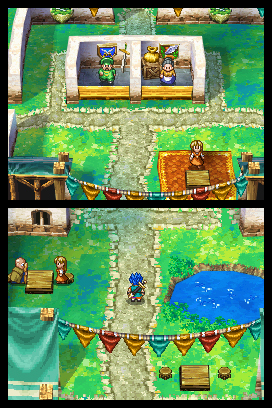 Dragon Quest VI: Realms of Revelation has been out in the states for around two months now, but it seems now that Nintendo of Australia are preparing to release the title to the rest of the world due to a new rating which has surfaced on the evil Australian Classifications Board. For those curious, DQVI has received a PG rating for “Mild fantasy violence, themes, sexual references,  and simulated gambling”. This news doesn’t quite set this release in stone, but I would say an announcement could be surfacing just about any day now that the slime is out of the bag, so to speak anyway.

We recently reviewed Realms of Revelation (you can check that review out here), and it certainly is a small beast of an RPG which no fan of the series should go without. Now it is just time to wait this one out and hope that the eventual announcement for the game’s PAL release comes soon. Keep checking back, as we will let you know once an official date or any sort of news on this release surfaces.