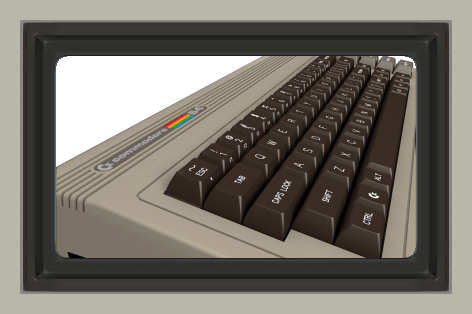 Alongside the original IBM PC and the Apple II, the Commodore 64 is perhaps one of the most classic computers of all time. While it wasn’t the most popular home computer in North America, it was one of the most widely used units across Europe from its release in 1982 until the early 90’s. Why am I telling you all of this? Well, Commodore has come back into being recently and has started selling Commodore branded PCs once more. Most exciting, however, is the PC compatible Commodore 64.

Now this isn’t a Commodore 64 that you would buy in stores in 1982, but you would never guess by look at it. This is a fully functional modern PC built into an exact replica of the original C64 shell. Available in several different packages and price points, ranging from barebones to ultimate, there is a model available for any fan of classic computing. It also offers access to an official Commodore OS 1.0 emulator with classic Commodore games for those who wants to relive the golden age of home PCs without the hassle of finding a retro setup.

For more information on specs, prices, and how to order, hit up Commodore’s website. For any North American readers who don’t understand why this rig is so awesome, check out Lazy Game Reviews on YouTube, which offers retro reviews of tons of classic gaming PCs.