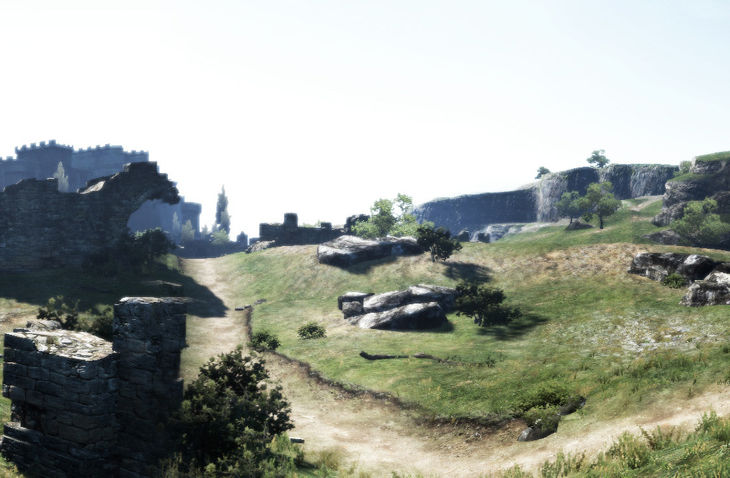 Nice field huh? A couple of days ago we mentioned that Capcom had opened up a teaser website that contained nothing but a countdown and half of an outline that had dragon wings. Now the website capcom.co.jp/DD has received a bit of an update. Now the outline is completely formed and is quite obviously a dragon but the interesting thing is that this dragon has a red beating heart inside of it.

To further create speculation of what the countdown may be about, Andriasang has gathered various images discovered by Capcom fans in the website’s source code. These images feature an impressive looking field with some ruins near them. Unfortunately nothing definitive about what the title will be has been found yet. Though Dragon’s Dogma continues to sound promising. From the looks of things it won’t be another Breath of Fire game, unless they really updated their approach, but most likely will be an entirely new franchise.