April first is always an exciting day for games news – and April second is always a disappointing one, as we once again realise we’ve been had. While the gaming press is becoming increasingly suspicious to report any news around this date as fact, some are just too damn exciting, or hilarious, to ignore.

Here’s a quick roundup of some of the best fake news we received in the last few days. 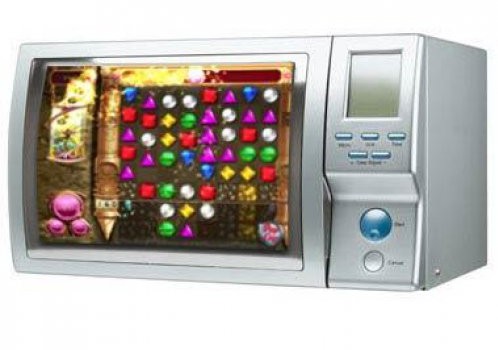 Thought Cooking Mama wasn’t interactive enough? Popcap, the undisputed master of puzzle games, announced they were working on a games console, the PlayWave. The machine would essentially be a microwave with a built-in touchscreen for gaming on the door, preloaded with Bejewelled.

Their press release stated that “the 19 litre, 1,000 watt PlayWave will come with 167mb storage capacity as standard and will be able to connect wirelessly to the internet. In addition to the ‘full power’ and ‘defrost’ settings, the PlayWave will also have a ‘playtime’ setting, which will cook the food according to the player’s performance in the game.”

They also announced a second console in development, for gamers who feel trips to the toilet are unwelcome distractions from gaming. But this toilet game console was apparently delayed: “due to complications arising from the curvature of the toilet touchscreen, PopCap do not expect to have a prototype of Play-n-Poop until early 2012.” 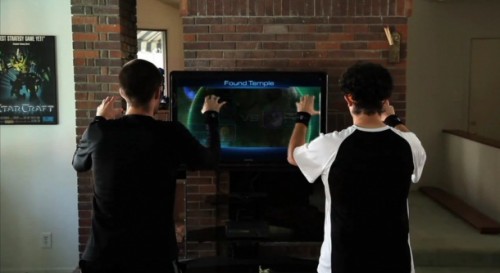 A company with so many over-sensitive, obsessive fans should be cautious when announcing fake new titles, but that didn’t stop Blizzard from getting in on the spirit of the day. On Friday they announced that Starcraft, arguably the pinnacle of PC gaming, was returning to consoles, with full Kinect capabilities, in Starcraft Motion Overdrive. The RTS action would be apparently be controlled with vague, melodramatic arm waves and swipes. That might spice up the Korean tournament broadcasts. 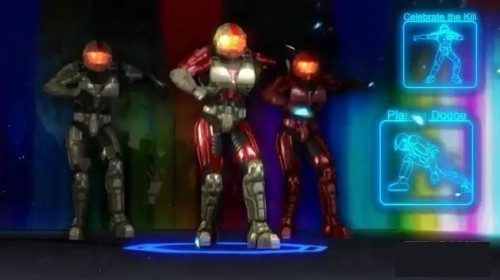 US games news site 1UP posted a video of their staff playing an early version of Microsoft’s relentless Halo series’ supposed Kinect debut, Halo Dance Central. Featuring such dance moves as “The Rage Quit”, “Melee the Grunt”, and “Teabag ‘Em”, that would actually be a dance game I’d play.

Again from 1UP, the animation on this trailer for a Mario Kart-esque racer set in the Pokémon universe should have rung alarm bells, but apparently some 1UP staff members – and raging forum posters – were convinced of its authenticity. The trailer shows Pikachu racing a terribly off-model Bulbasaur on PokéBall go-karts. Relief is the correct emotion for the reveal that this was a joke.

Who says that video games are bad for your sex life? Berlin’s X-Rated Studios announced that their first title was to be a Kinect/Move game based on the ancient Hindu text, the Kama Sutra. It would provide “practical advice on sexual intercourse and behaviour”, in the form of full-body-controlled mini-games. This actually sounds like a fun idea, but I’d probably stick to something a little less awkward during drinking/gaming nights with mates. 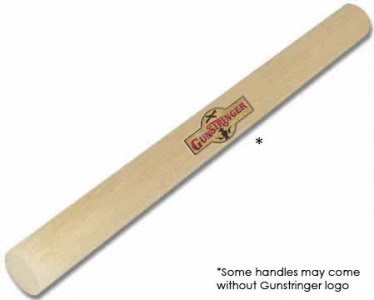 Twisted Pixel are fast making a name for themselves as makers of games with a distinct sense of humour, with titles like ‘Splosion Man and The Maw being stronger in the humour department than in the gameplay. So it seems natural that they would get into the April Fool’s spirit, and announce that players of their upcoming IP, The Gunstringer, can purchase the awesome Marionette Handle peripheral, an authentic pine round dowel, which “truly ushers in a new era of controller-free controller gaming”. Basically a stick with The Gunstringer logo on it, it would allow players controlling the on-screen puppets to feel the tactile wooden pleasure of real marionette work.

Useless as it would be, I guarantee that if they were to actually release these, they would sell. After all, Nintendo’s plastic tennis racket and golf club attachments for Wii remotes were pretty useless  – and they were real. 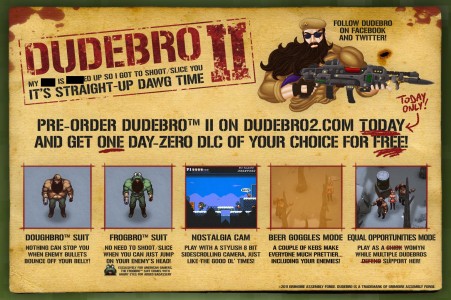 I wouldn’t be surprised if Grimoire Assembly Forge later announce that their upcoming game itself is fake: a title like Dudebro: My Sh*t Is So F*cked Up I Gotta Shoot/Slice You II: It’s Straight-Up Dawg Time screams too awesome to be true. But no, the game itself wasn’t the prank, it was the hilarious bonus DLC available with the pre-order.

Pre-orders for Dudebro II placed on Friday gave customers the choice of one of five exclusive gameplay modes:

* The DoughBro Suit would give your character a huge pot belly, repelling all bullets fired into him from the front.

*The FrogBro Suit would give the character the unique ability to jump on your enemies’ heads! Never before seen in games. American players would get FrogBro Suits with angry eyes, “for added badassery.”

*The Nostalgia Cam would shift the game from its standard top-down view to an old-school sidescrolling camera.

*Beer Goggles Mode would give the screen a brownish tinge, and make all your enemies appear as the hot chicks the player is aiming to rescue.

*And finally, players could unlock Equal Opportunities Mode, where you instead take control of a “strong, independent woman”, combating the sexism apparent in most fighting games. Of course, the woman can’t actually fight, and players must rely on four supporting Dudebros to handle the manly work.

Aah, satirical sexism. The games industry needs more of you.

Yep, the latest trailer for the Duke’s notorious next adventure has him hurling his own stools at his enemies. And… oh wait, this one is REAL!! This may undo some of the credibility the games industry has worked so hard to achieve. Have a look. 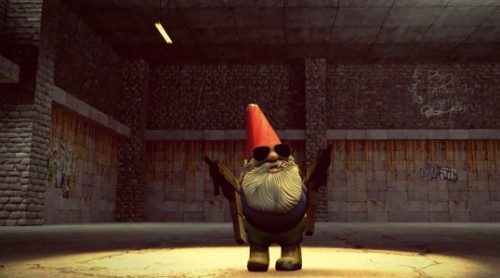 While this one wasn’t technically an April Fool’s joke, it still contained the same emotional reaction: “Oh my god, this is gonna be awesome!”, followed by disappointment with the realisation that it’s fake.

Apparently made using Gary’s Mod, or maybe just the Source engine, this fan-made trailer gives Gnome Chompski (the garden gnome from Half-Life 2: Episode Two and Left 4 Dead 2) a starring role in his own game. Fighting zombies and dinosaurs with the notable handicap of having no arm movement, this video is too awesome to describe. You have to check it out yourself (below). I really hope this is what Valve has secretly been working on, if they’re never going to finish Half-Life 2. 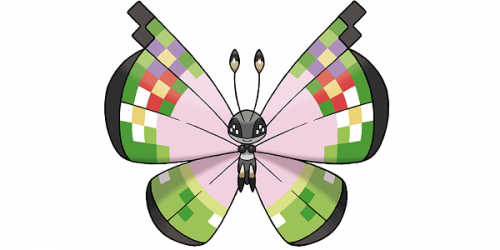