Last week, we brought you five of the worst Sega Genesis boxarts period. Keeping with the nice Sega theme going on at the moment, it is now time to display the top five eyesores of the Genesis’ predecessor, The Sega Master System. The arts we seen released on the Master System really take the cake when it comes to “bad” and the laziness applied shines through with many titles, making this the hardest week to actually choose which were the absolute worst.

After some thorough thought and a lot of cringing, here are the top 5 Bad Boxarts for the Sega Master System. 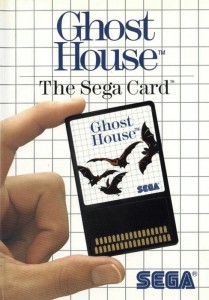 It takes a lot of time to actually draw out a complex masterpiece to portray just what a player is in for when they purchase your game, but apparently Sega just were not feeling up to doing much of anything when it came to printing an art for 1986’s Ghost House. Taking a picture of a hand with the game card…..right. I can’t even imagine how a kid would go about describing this title back then. “The one where the guy is holding it…and BATS!”. Even on the label, no ghosts, no actual house, just four bats who I am sure are laughing at the actual hand that decided to pick this title up to start with. 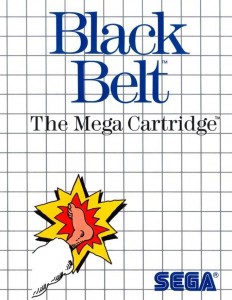 I guess it can be said that at least they didn’t take a picture of a hand holding a cartridge for Black Belt, but a foot really isn’t much different. I guess it is a nice foot, though considering there is no body actually attached to it makes me a bit worried of just what this game could possibly be about. If Black Belt ever gets a sequel, I demand we see a shoe. 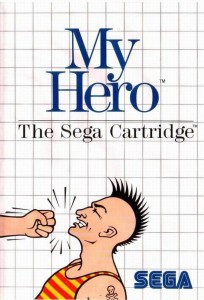 Every just want to punch someone? My Hero takes out all of that rage on it’s European cover and fully delivers with a fist flying into a man wearing a striped wife-beater. Yep, all action with this one. Sadly, this lovely box-art had to be Americanized.. 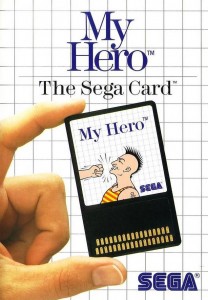 Now I see the fist’s point… 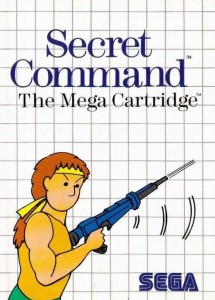 In the mid-80’s, there was no denying that Rambo was a huge property. This led Sega to take the popular run and gun title for the Master System by the name of Ashura and turn it into Rambo: First Blood Part II. Now since Rambo was an American thing at the time, Europe received the same game under the name of Secret Command. As you can see by the cover above, this release of the game certainly seemed like a rushed one when it came to whipping up a quick art. Armed with some sort of what appears to be an air gun, a yellow headband, and no mouth, there are literally no words I can say to truly describe just what is going on in this picture. 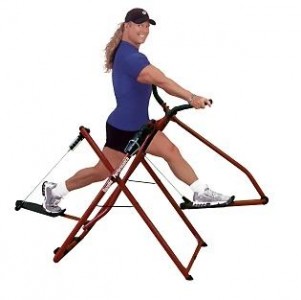 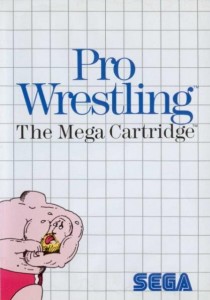 Just looking at this cover can make any fan of wrestling games cringe. I have no clue what Sega could have been thinking to release Pro Wrestling with this cover, honestly. What we see here is a man who has been decapitated and holding his severed head in his arms, and judging by the expression, this must be a pretty uncomfortable experience for everyone involved. Pro Wrestling in my book ranks as one of the worst BoxArts of all time for not only some lazy and downright creepy artwork, but for later becoming an unfair representation of what the Master System had to offer.

Now you can tell us in the comment section below which one of these covers you loved or hated the most, and post any Master System gold we may have missed.

Join us next week when we steer away from Sega to go back even further and take on the Intellivision.