This week it is time to go back to the early 90’s for some totally radical boxarts. The Sega Genesis (or Megadrive to most of you outside the states) certainly had some classic cover designs from the likes of the Sonic series to Streets of Rage, but even at such an early time with new ideas flowing everywhere, we still seen quite a range of hideous art plastered on covers everywhere.

Join us as we go over the top 5 worst of the worst cover arts for the Sega System that did what Nintendon’t, the Sega Genesis. 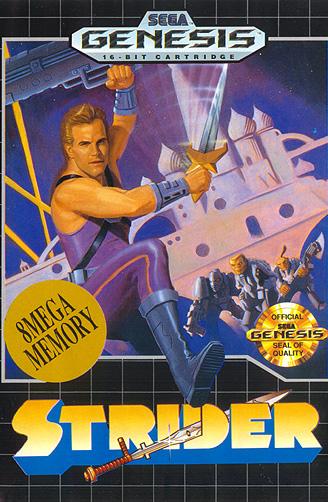 In my opinion, Strider has earned his stripes in the world of gaming, but the first release for the game certainly didn’t try to appeal to much of anyone when it was first released. At that time, many gaming companies would try to westernize cover-arts to make them appeal more to gamers on this side of the shore. The problem is though that this character on the cover ended up looking more like an Arnold Schwarzenegger ripoff than the ninja that is in the game. 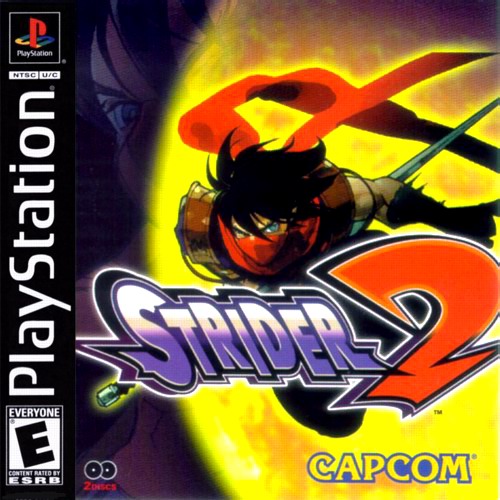 It wasn’t until the 2000 release of Strider 2 for the Playstation that we finally seen the true form of Strider appear on a cover art, and since then thankfully Strider is back to his ninja self and fans have a hero who they can be proud of. 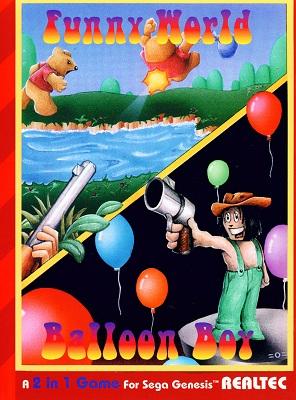 What in Pooh’s name were they trying to accomplish with this? This combo-cart featured two horrible arts in one. On one side we have a shotgun KILLING what appears to be a lovable bear as the other one screams out in horror. The other side shows that the bear is just screwed as he now has a redneck maniac with an obsession with balloons out to get him as well. This cover is the definition of tragedy but that’s ok! ITS  A FUNNY WORLD! 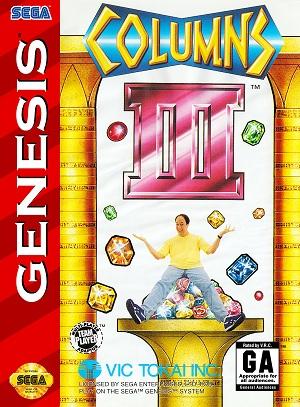 Ah yes, all those bright gems and jewels from columns. But WAIT! Why is there a strange little bald man sitting on them? And just what were Sega thinking when they made this art anyway? A lot of questions come to mind, but this guy angers me for his happiness. It is like they took a perfectly decent cover for the game and shouted “Hey Larry, you wanna be on tha cover?”. 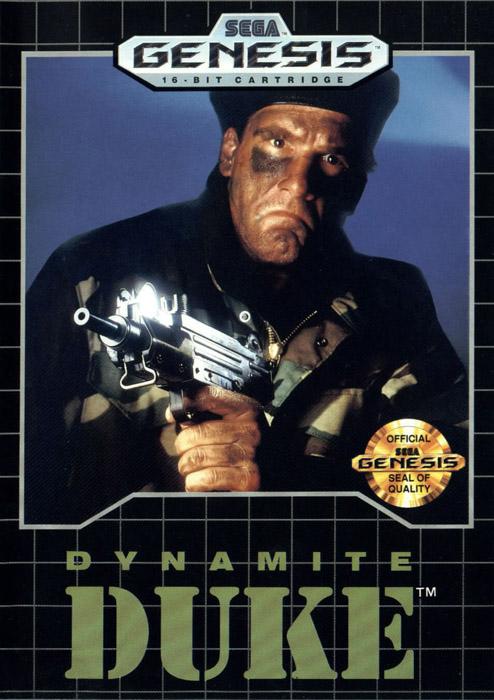 Dynamite Duke is a fantastic arcade-style shooter, but of course the man holding a gun surely told you that. What we don’t yet know is why Duke here is giving us his best impression of a villain from a cheap Disney flick for a game that looks like this: 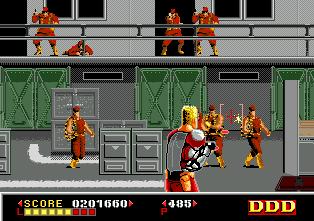 Yes, the resemblance is uncanny, except for the fact that Duke has a buzzcut, and and orange suit, and a bionic arm, but who knows? Maybe there is a frown on his face right now from seeing what was done to his cover. 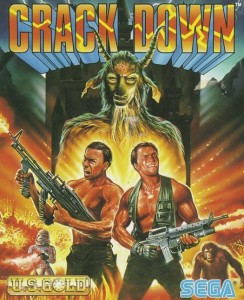 What do you get when you combine a storm trooper, an orangutan, a huge goat person, and two frustrated shirtless gunmen? You set the scene that is the Crack Down cover of course. While the guy on the right seems very focused on his target, the guy on the left seems to be angry that they are both on fire.
As for Sega, we are not done with you yet as next week, it is all about the Sega Master System.

Now as usual, you can tell us your favorite of these atrocities and feel free to mention what we may have missed in the comments section below.