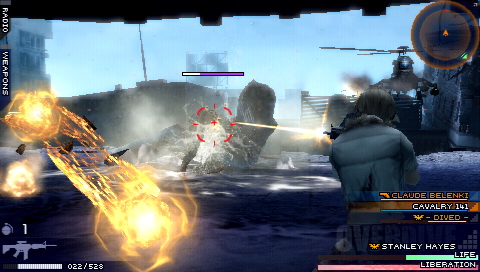 Now that the original Parasite Eve is going to be arriving on the PSN tomorrow there is no reason for Square Enix to be letting people forget about the 3rd game of the series. Or should I say The 3rd Birthday eh? Today they have released a couple of videos that show off the cutscenes and battle of the game itself.

In the one cutscene we are introduced to the CTI team and despite some bad lip-syncing with the English voice over work everything looks great. Also released was a video that shows off some of some actual battle scenes were Aya dives into various team members and also uses Liberation mode to help defeat a the enemies that are in front of her. This cutscene is also in English and allows us to get a better look at the user interface in action. Catch both videos below.

Persona 3 Portable on sale when it releases