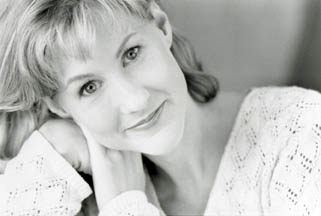 Who hasn’t watched Pokemon?  Nobody.  Pokemon was the ever-loving shit.  I can’t vouch for it now, but that show was legendary back in it’s heyday.  If you watched the show you likely have some fond memories of it, I know I do.  Those first few episodes showing Ash going out on his journey and meeting Pikachu, that epic intro and amazing Poke-rap at the end and then the first movie!  Pokemon was a force of nature back in the day (and it still is, just not as epic) and it owes part of it’s fame to the cast of the show, specifically Ash Ketchum.

Ash was the kid who was meant to be a representative of “ourselves”, our “avatar” if you will.  He was the kid that we, as pokemon fans and children (or children at heart) were to identify with.  With an undertaking as big as Pokemon, casting this role is no small task.  Luckily, the lady (yes, Ash’s voice actor is a woman) who was cast absolutely nailed it and has left quite the legacy.  Not only did Veronica Taylor voice Ash, but also Ash’s mom and May from one of the later series as well as a handful of extras here or there.  It should be noted that Pokemon is far from her only gig, though it is what she is arguably best known for.

I just stumbled across an old video of Veronica addressing her fans at Anime Boston 2009.  During the video Veronica does several voices of both Ash and his mom which is nothing short of awesome.  Not only is she the voice of the most iconic character (aside from Pikachu) from Pokemon, but she’s also pretty cool.  She makes light of the fact that Mr. Mime and Prof. Oak are always hanging around Ash’s mom which is pretty funny.  Anyway, check out the video, it’s sure to make you smile.