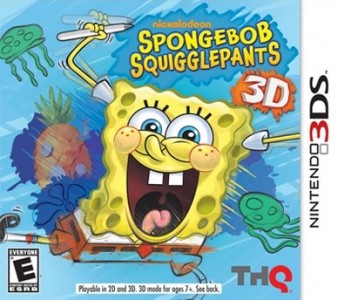 Well it was only a matter of time. A handheld console is being released and the best way THQ sees themselves to get their foot wet on the 3DS is to do it with a cartoon character. Sure some people may not like him, or some people really loathe him, but then again kids really love him. So that means that SpongeBob SquarePants will be coming to the 3DS this May in his own game called SpongeBob SquigglePants.

The game itself will come with a 100 of what they are calling nanogames. This most likely means bits of minigames that have been chopped down even more in an effort to optimize the character’s world and characters. The game will also feature hand-drawn input much like the soon to be released Wii counterpart that uses the uDraw GameTablet.