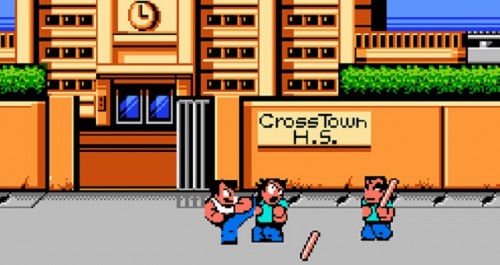 River City Ransom may be familiar to some and others may never have heard of the old NES brawler. Regardless of whether or not you know of the title it looks like the game will be finally getting a sequel after over twenty years. Miracle Kidz has announced that they will be bringing the brawler to the Wii console in Japan this summer in the form of WiiWare. They also divulged that there is a PC version in the works as well but it will not be ready until 2012 but will contain an online mode according to andriasang.

There has been no announcement about a U.S. release but it is likely to happen due to Miracle Kidz previous game, Downtown Smash Dodgeball is available in English for the Xbox Live Indie Game section. It is also curious that the Wii would be getting the game only instead of a release on multiple consoles.