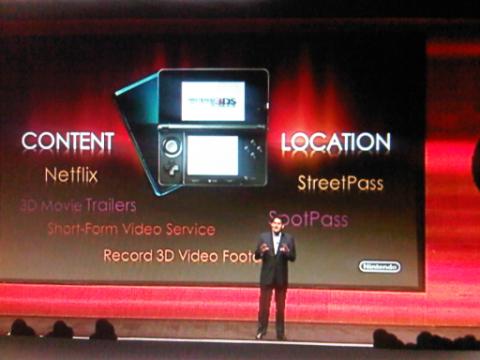 At Nintendo’s GDC 2011 conference, Reggie Fils-Aime, company president, announced that the 3DS will have a brand new ability soon that even some of the most expensive camcorders can’t even achieve at this point. That feature is the ability to record live video through the camera on the 3DS, and that video itself be displayed in 3D.

This feature was unfortunately simply announced and was not given any further detail or an expected time of release. This could mean however that you will simply be able to record video and have it play back on the 3DS in 3D, but most likely have it displayed as normal video, or not able to be displayed on other devices that it is transferred to.

Super Mario for the 3DS teased during Nintendo GDC presentation