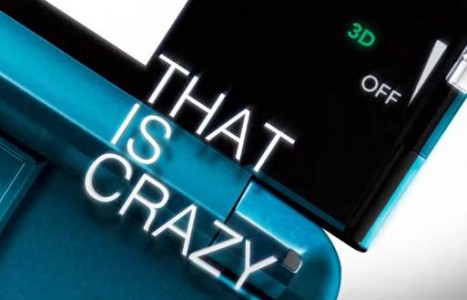 Just 8 more days and the whole handheld world will forever change with the release of the Nintendo 3DS. Nintendo certainly have been doing some heavy promotion for their newest console and today the company released the official launch trailer for the device which hits stores on March 27th in the states (25th for EU and 31st for AU).

Now the trailer doesn’t show anything new really, but it does include some “reactions” of “players” using the device before it starts rolling along with clips from the many launch titles such as Nintendogs + Cats, Street Fighter IV 3D, Rayman 3D, and a few other of the bigger names set to launch with the unit. I personally am ready for some more Monkey Ball and Street Fighter, but this set of launch titles really does seem to have something for everyone. The question is now, for those of you planning on picking up a 3DS at launch (or even later for that matter), which one of these titles are you most looking forward to. Leave a comment and let us know after you check out this brand new clip below (Courtesy of GameTrailers).