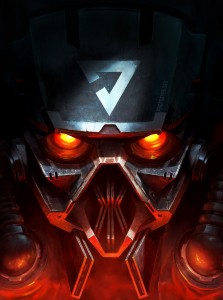 Those of you who have played the Killzone 3 open beta and are now playing the full game have probably noticed that there is no difference between the two, save for being able to play more than one map.  Up until now, Killzone 3 has still had every bug, glitch and error that was present in the beta.  It’s fairly obvious that Killzone 3 was rushed out the door before it was truly finished (which is a shame) but that’s corporate business for you.

Anyways, Killzone 3 developer Guerilla Games have finally gotten around to releasing the first patch to bring the game out of beta and into it’s more “complete” form.  Unfortunately, this patch doesn’t really change much in terms of gameplay aside from a few things, most notably the medics revive now has a range of 20 meters and has a much shorter cooldown.  Aside from that, most of the updates are mere glitch and error fixes.  There are still a wealth of problems that plague Killzone 3’s multiplayer, none of which are addressed in this patch.

One can’t help but wonder why the more important fixes like automatic team balancing or fixing a bug that allows you to only play one map didn’t get into this patch.  Hopefully a more helpful patch is soon to follow today’s update or else Killzone 3 stands to lose support from its fans.