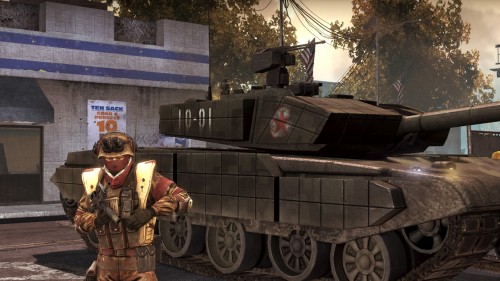 THQ may not be having a good time on the stock market right now with a stock price still down from where it was before Homefront’s release but apparently sales of their most pre-ordered game ever are good enough for them. THQ is claiming “robust” first day sales in the U.S. and have stated that they have sold around 375,000 units.

While two million units is still far away it is a relatively good start that for the game. THQ VP Danny Bilson stated that “Due to the strong and growing demand for Homefront’s multiplayer, we continue to add dedicated server capacity,” which means that you may be able to find a multiplayer match even easier. Brian Farrell also stated that: “We are delighted with first day sales for Homefront and are already fulfilling re-orders for the game from multiple retailers.” My money is that those retailers are Walmart and Amazon.