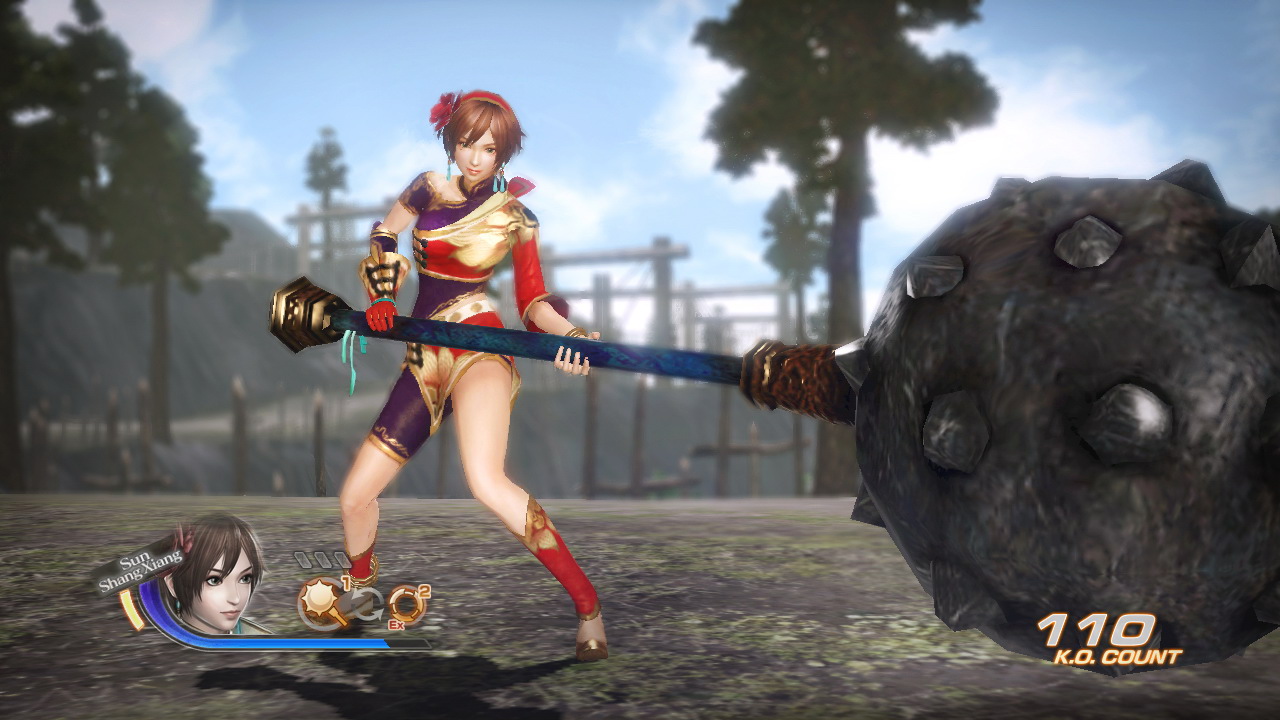 How exactly does a woman as small as that manage to lift that giant wrecking ball of a weapon? Well its Dynasty Warriors so that’s enough explanation there. Besides super strong women, Dynasty Warriors 7 is going to be getting a handful of new features that are being released as free DLC from Tecmo Koei. Fans of the series had been clamoring for the original Japanese voice track to be available in the game and the company has obliged. Also free in the package will be a bunch of extra costumes for the fighters in the game.

Don’t think that it will be all free however, TK also stated that there would be paid DLC in the future, like new areas to fight and weaponry. But the addition of the Japanese voice cast is certainly a great choice by Tecmo Koei. Fans of games brought over from Japan often prefer the original Japanese voices compared to the English voice cast that takes over. Sure this means you have to read the subtitles but to each their own.