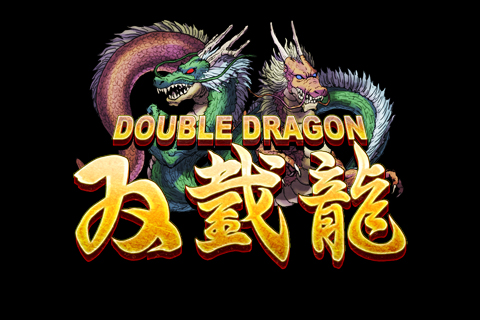 Are you ready to play a legend as far as side scrolling brawlers go? Because Double Dragon is now available on the iTunes store for purchase and can be played on your iPhone. For those that are to young to remember Double Dragon released in 1987 in Arcades worldwide and then in 1988 made its jump to home consoles where it took the brawler genre to new level. But today Double Dragon has been remade and features brand new artwork, music and extras.

Players will take control of either Jimmy or Billy as they try to save Marian who has been taken hostage by the Black Warriors. To save Marian they must either give up their sacred Sousetsuken scrolls or take her back by force. Guess which option they chose? Some of the newer features added besides a completely redone audio and visual experience are the control scheme which allows easy combo attacks, new attacks, bosses, in-game achievements and hidden characters to unlock. Also players can link their iPhone to their friends via Bluetooth so they can take down the Black Warriors together. At the current moment Double Dragon is on the App Store for $3.99 as promotional sale, if you wait too long however you will have to pay the $7.99 price instead.