Looks like that sure didn’t take long. After less than 24 hours from when Gamestop put up a listing for the game on their website Atlus has released a image confirmation that Catherine would be released in the U.S. for both the Xbox 360 and the PS3, making every console holder very happy. This comes after a previous image released that asked fans if they still liked Atlus.

Catherine will be released some point this summer and will hopefully suffer zero censorship in its trip overseas. It begs the question as to whether or not the difficulty patch will be automatically applied to the U.S. release since the patch is currently in the works for the Japanese version of the game. Either way it looks like everyone will be able to play one of the strangest and most intriguing puzzle games I have ever seen. Also better hope that the boxart isn’t censored either. 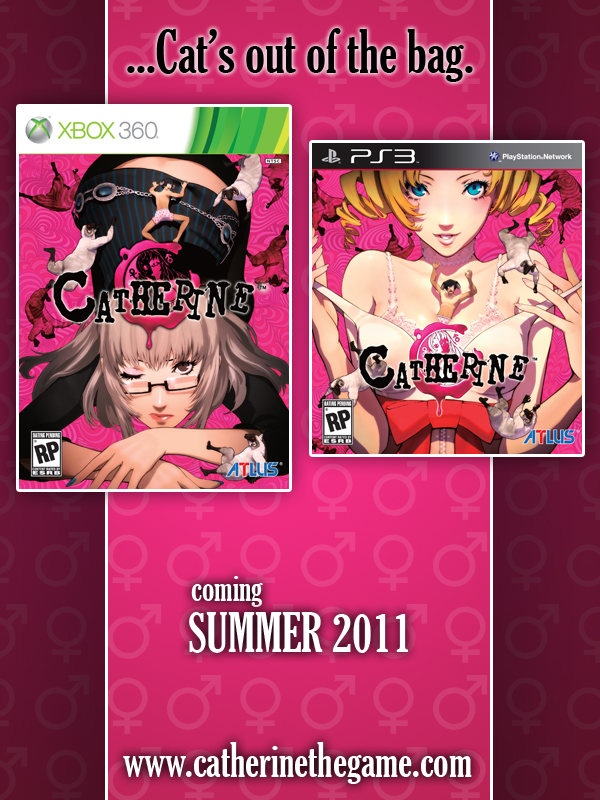 ALAN WAKE NEWS … NO PC Version … But we have some new screenshots !!