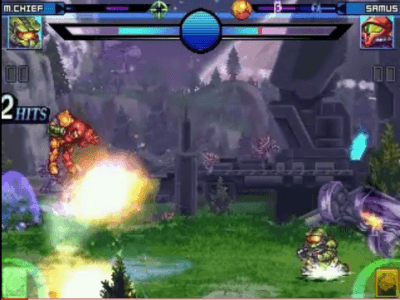 For anyone not familiar with Card Sagas Wars, it’s essentially a fighting game made in the MUGEN engine. The characters in the game all come from various video game series in a crossup similar to Nintendo’s Super Smash series, although with greater variety. Characters making appearances will include Simon Belmont of Castlevania fame, Dead Rising’s famous photographer Frank West, Eggman (ahem, Dr. Robotnik), and even Master Chief from Halo. While there is no set date yet for the beta, it has been announced that it will include four fighters: X (Mega Man X), KOS-MOS (Xenosaga), Cloud (Final Fantasy VII), and Link (Legend of Zelda). The latest character premier trailer has just been uploaded and it shows off a battle between Master Chief and Samus Aran, and includes some awesome assist characters. My personal favorite is the Duke Nukem cameo right towards the end.