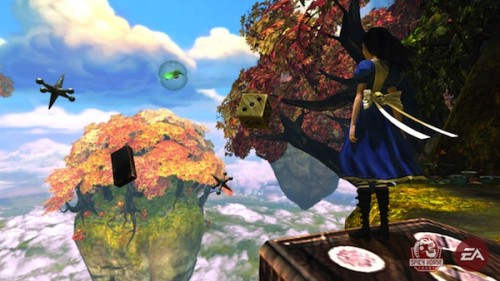 It seems that the best time to release a horror game is going to be when it is mostly sunny, outside at least in the United States. EA has announced that they will be releasing Alice: Madness Returns on June 14th this year for the Xbox 360, PS3 and PC. This game is the sequel to the previous re-telling of Alice in Wonderland from American McGee which was called American McGee’s Alice.

Players will step into the role of Alice after she returns to the twisted ruins of Wonderland, both mentally unstable and seeking an answer to what really happened to her parents in the real world. Players will be able to use the Vorpal Blade, Teapot Cannon and Hobby Horse to name a few of the weapons Alice will have at her disposal to stop the horrors of Wonderland.