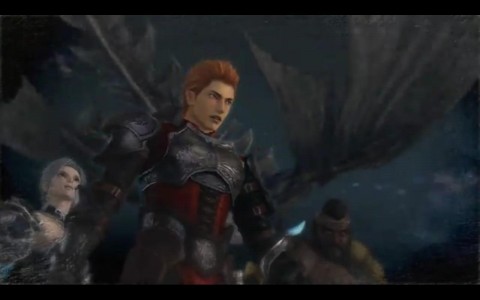 Tecmo Koei is gearing up for the release of their newest title, Trinity: Souls of Zill O’ll (man, try saying that three times fast).  This is actually the latest game in the Zill O’ll series, finally making it’s debut in the west with this installment.  The game is developed by Omega Force, known for developing the Dynasty Warriors series.  At it’s core Trinity shares many basic similarities with the Dynasty Warriors franchise, mainly that you move from level to level as a powerful character taking on dozens of enemies at once.  However, where as Dynasty Warriors is a BIT more hack and slashy, Trinity is a bit more specialized.  You won’t see an army comprised of thousands of faceless soldiers that beg to be defeated before the level will end.  Instead it’s a bit more of a “get from point A to point B while taking out the enemies that impede your progress” kinda game.

The game tasks you with traversing the world as a party comprised of 3 characters (sound familiar?).  What sets this game apart from the rest is that combat is in real time (think dynasty warriors/devil may cry) and you are able to switch characters at will, even mid combo.  While you are controlling one character the other two are controlled by AI, so you won’t have to worry about switching up incessantly to cover all of your bases.  Each character fights differently and has their own strengths and weaknesses to bring a bit of variety to the combat.  The game features some pretty interesting mechanics, one of which deals with the environment when it comes to combat.  Using ice magic, for example, while in water will freeze the surface of the water (along with any enemies), allowing you to walk across the ice unhindered while gaining some free hits on your enemies.  Nice to see some intuitive environmental effects like this in an action game for once.

As you can tell from the trailer, the setting of Trinity draws similarities with high fantasy/medieval styles, with it’s own unique style of course.  The game features various types of enemies, mainly consisting of fantasy-esque creatures.  Unlike most other games in the hack and slash genre, Trinity does mix it up from time to time and throws a giant enemy at you, requiring a bit more strategy than just button mashing.

Don’t forget to check out the official site for more details and info.  Trinity: Souls of Zill O’ll is set to release on February 8th in North America and the 11th for Europe (ha! suckers).  Keep your eyes out for more of Trinity in the coming weeks.

Sorcery Gets A Story Trailer