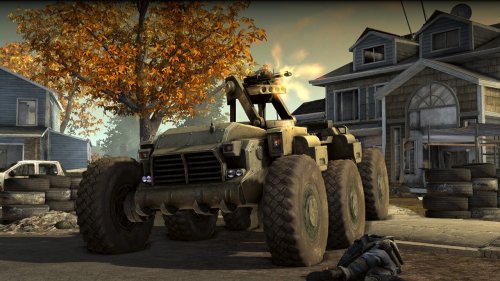 As PC gamers are notoriously vocal about their passion, Kaos Studios and Digital Extremes have announced the specs, and other PC-specific details for their upcoming new IP, Homefront. The developers have stressed that the PC version will NOT be a simple port of a console shooter. It seems the team has really listened to what PC gamers want, and aim to deliver on as many points as they can.

First up, the game’s specs are as follows:

If you are one of the dozen people worldwide who can justify spending so much on a 3D setup, Homefront is in 3D. For the rest of us, it’s still going to look good, judging by screenshots and these specs. 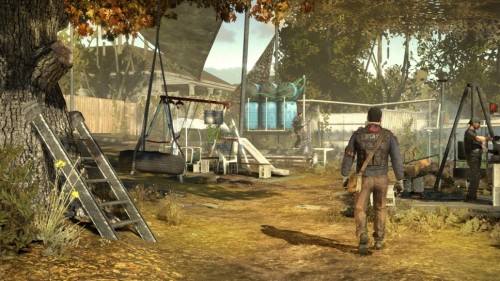 Perhaps the most interesting feature is the multiplayer match recording. This is not a simple video recording of your actions, as you saw them – it records the individual actions that each player took in the match. It allows people to re-experience the match (or show it off to others) from the viewpoint of any player in the game, swap between them at any time, or even spectate in a free-flying “ghost” mode. This is not exactly new to RTS games, but for an FPS it’s an interesting development.

As you’d expect, the game has been tweaked to ensure playing with the mouse/keyboard combo is as natural as possible. However, for those that still have joysticks, Homefront will let you dust it off and use it for flying helicopters.

Gameplay wise, PC players will be able to control vehicles not only from the standard third-person view of the vehicle, but from a first-person view in the cockpit. Extra abilities that co-pilots can use have been added; for example, co-pilots of the Scout helicopter can use a Recon ability.

Helicopter control is divided into three difficulty levels, independent of the difficulty the game is set on.

Rookie is your standard pick-up-and-play, but allows the whirlybird the least manoeuvrability.

Veteran is the middle ground, which balances ease of use with manoeuvrability.

Ace is for those who enjoy more realistic, flight-sim style piloting. It will take a while to master, but those with the dedication will find they can get their chopper to do much more than the lower levels.

A Dedicated Server executable will be available within two weeks of the game’s release, and mod tools have been discussed as a distinct possibility, if a community supports it.

Homefront will be released on March 8 in North America, March 10 in Australia, and March 11 in UK/Europe. 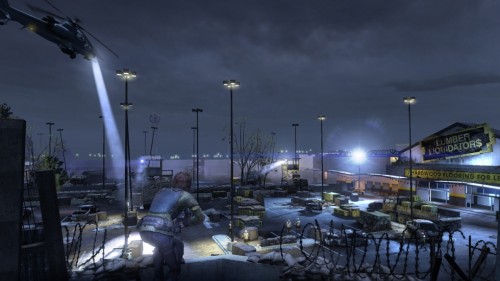