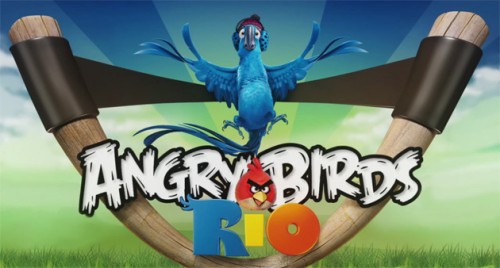 Jessie Eisenberg is playing the voice of Blu, a member of rare species of macaw, who embarks on an adventure to meet a female of his kind. The movie is set to be released around 15/Apr/11 worldwide, with the lucky Brazilians getting a sneak preview ahead of the world on 08/Apr/11. In order to promote the movie, 20th Century Fox has announced a tie in with Rovio, releasing Angry Birds Rio!. Angry Birds Rio! will feature new characters, new music, and 45 new levels based on scenes from the movie. It is available now for iPhone, Palm, Nokia and Android phone platforms.

More details check out the video below