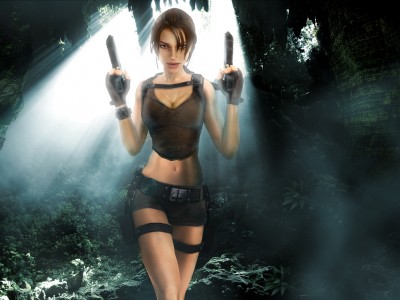 Today Crystal Dynamics® announced that The Tomb Raider Trilogy pack, will be available on March 25, 2011, exclusive for the PlayStation3. The pack will be a collection of  Tomb Raider: Legend,Tomb Raider: Anniversary and Tomb Raider: Underworld. While Underworld which was previously released on the PS3 will remain as it originally was, Legend and Anniversary will both be newly remastered in HD quality. Included in the pack will be a Tomb Raider Trilogy theme pack, the official Lara Croft female Home avatar outfit, the Viking Thrall male Home avatar outfit and finally a collection of “making of” trailers in HD for the entire series of the franchise, making it a must have for Tomb Raider die hardseverywhere. So Tomb Raider fans: March 25, save the date!