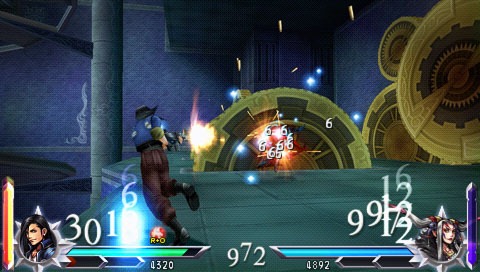 Fans of Final Fantasy VIII will be really happy to hear about the newest character to be revealed as a playable character in Dissidia 012[duodecim]: Final Fantasy. Final Fantasy VIII’s Laguna Loire will be joining the roster of fighters and be able to do battle with his machine gun and sniper rifle to take out the rest of the fighters. Along with this announcement a couple of screenshots were released that show off Laguna inside of the game, including some battle scenes. 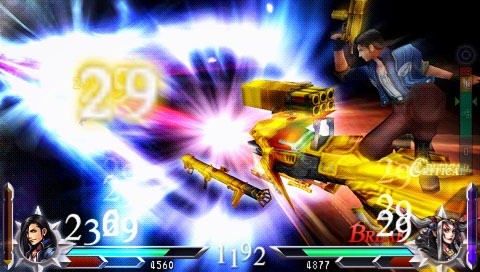 Also seen is the world map screen that shows Lightning standing in the open world map. Not much else is noticeable but one can expect that battles will take place as enemies are encountered on this world map screen. Plus we also see a localized screenshot that has english subtitles to go along with the conversation that Laguna is having with Vaan from FFXII and Tifa from FFVII. This could mean that with subtitles already in the main game, that there could be a Western release date shortly after the Japanese release sometime in Spring 2011. 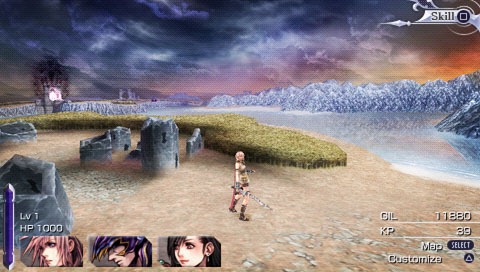 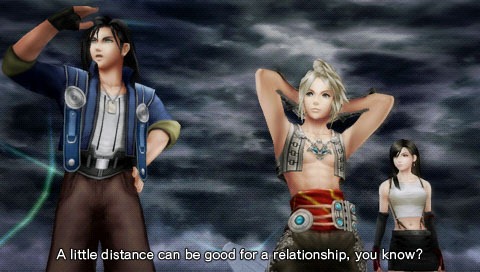