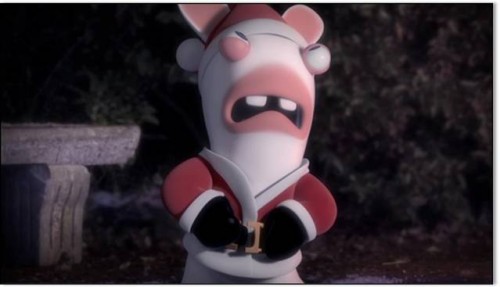 Ubisofts’ adorable party animals, Raving Rabbids have been featured in a video wishing us all a merry christmas this week.

After a successful release of Raving Rabbids: Travel In Time last month and gaining favourable reviews by many, the Rabbid’s latest adventure involves two Rabbids in cute Santa and Elf costumes, armed with a bell, slay and reigns. Viewers then witness a Rabbid making a humours attempt at convincing his reindeer decorations to take flight in true Rabbid fashion, before sending us their christmas wishes. Ubisoft also takes the time to remind us that Raving Rabbids: Travel In Time is available now, a subtle hint to pick it up for the holidays. This has become a tradition for the franchise, as fans of the series may recall a few similar videos released around this time in the last few years.