Our friends over at Gamevil just this past few days, have released a bunch of details about the upcoming holiday season and the games that you- need to play. They are currently developing on a number of consoles with a variety of media for the whole family so check out the pics, movies and games, and make sure there is just a little bit more room in the stock- for Gamevil. 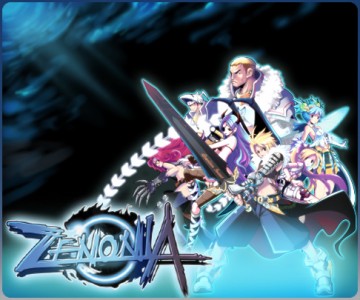 * Baseball Superstars 2011 version 1.2 has been submitted to Apple, and will be our first game to implement Game Center. Game Center will feature enormous 58 unique achievements with beautiful badges for each of them.

* Official trailer for ILLUSIA has been released. ILLUSIA is a casual platform action RPG for the iPhone and iPod touch. Please look forward to receiving the official press release from us.

* Sequel to our award winning game NOM, NOM: Billion Year Timequest, is finishing off development for the iPhone and iPod touch and will be submitted to Apple soon. We expect the game to launch in December.

* Baseball Superstars 2011 is currently under development and is scheduled to be released on Android late December.

* ZENONIA 2 is currently under development and is scheduled to be released on Android in December too.

* We are also planning to service our Android games through VCast Apps. This will be our first carrier distribution channel outside of Korea for Android games.

* ZENONIA for DSiWare has passed Nintendo of Europe’s testing and is scheduled to go live in December. The game has already been live through Nintendo of America.

* ZENONIA update with improved framerates has passed Sony’s testing and will go live in December. The original version has already been live through SCEA and SCE of Asia.

Sonic Generations due out this Winter; New Gameplay Trailer Released…