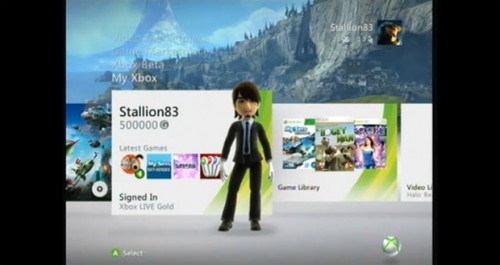 A gamer has amassed a mammoth 500,000 gamescore on the Xbox 360. His gamertag is Stallion83 and he is the holder of the world record for the largest legitimate gamerscore, though he recieved no reward, other than the recognition that comes with such an incredible feat.

To celebrate he did release a commemorative video which can been seen below, showing some of his more recent achievements, and he says his next goal is to hit the million mark.