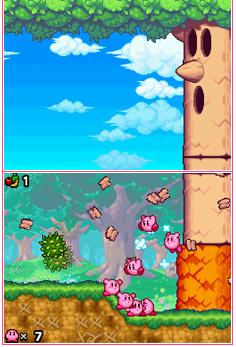 With all of the huge announcements about the 3DS yesterday you may have missed out on hearing about the new titles coming to the standard Nintendo DS. Nintendo announced 6 more titles that will be hitting stores in 2011 and one was an interesting new Kirby title. The is no official name as of yet but based on the screenshots that were released on Nintendo of Japan’s website it looks like this title will be going back to Kirby’s roots of a side-scrolling platform title….sort of. Multiple Kirbys are seen on the bottom screen so this could be a bit of a touch screen controlled platformer similar to Canvas Curse. 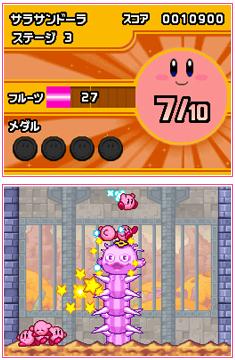 It really is too soon to tell much of anything but I am happy to see Kirby making his 4th entry on the handheld for sure. Other games that were announced for 2011 include a new Pokemon game involving a keyboard titled “Battle & Get! Pokemon Typing DS”, another Mario vs DK title, and a few I can’t quite make out. I am sure we will hear more shortly and if you want to check out all of these brand new screens click here to go to the official website for Nintendo of Japan and check all of these new first party titles out in their full glory. 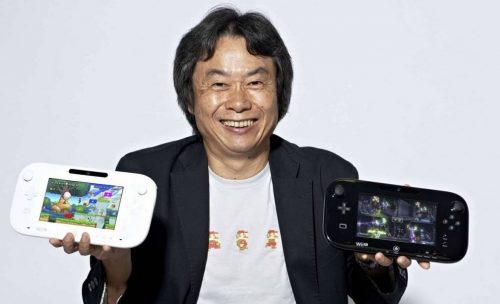 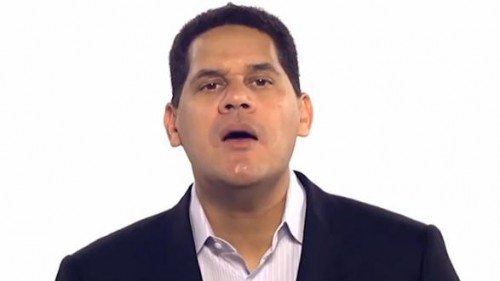