Here is an update on Kingdom Hearts: Birth by sleep. 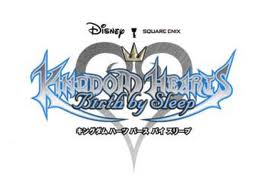 Kingdom Hearts Birth by Sleep キングダム ハーツ バース バイ スリープ is an action roleplaying game developed and published by Square Enix for the PlayStation Portable, the 6th installment of the Kingdom Hearts series. The game is going to be released on the 7th of September in North America, so look forward to it in about a day!

“Birth by Sleep is a prequel to the first Kingdom Hearts game, taking place ten years prior. Like the other games in the series, the player progresses through a collection of various worlds, based on various locales from the Disney animated features canon: Dwarf Woodlands from Snow White and the Seven Dwarfs; Enchanted Dominion from Sleeping Beauty; Castle of Dreams from Cinderella; Olympus Coliseum from Hercules; Deep Space from Lilo & Stitch; Neverland from Peter Pan (featuring for the first time most of the main island setting new to the series rather than Captain Hook’s pirate ship and Big Ben from the first game and Kingdom Hearts 358/2 Days); and Mysterious Tower from Fantasia.Winnie the Pooh franchise, which had appeared in most other games of the series, only appears as a Command Board in Birth by Sleep. The game also features various new worlds specially created for the series by Square Enix such as the Land of Departure and Radiant Garden. Disney Town, which is the town that surrounds the castle grounds of Disney Castle, serves as the game’s minigame world. Worlds such as Destiny Islands and Castle Oblivion also appear in the form of cutscenes, while the 100 Acre Wood from the ”  -Taken from Wikipedia

Hopefully some of you are looking forward to this game, and by the screenshots I’ve seen, it looks fantastic.

While in Australia you will be paying $88