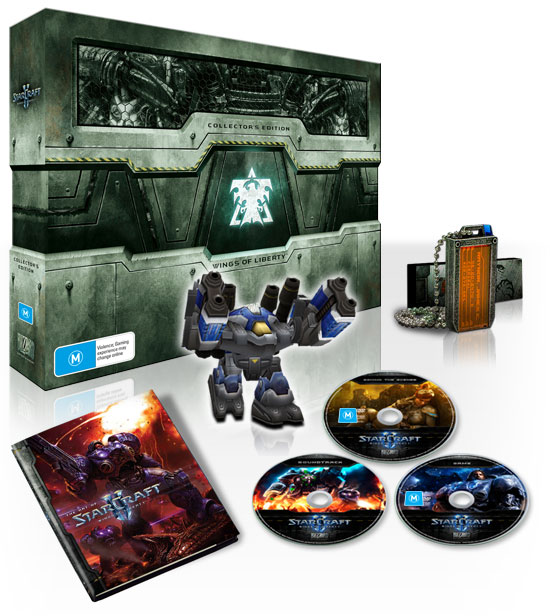 With 13 days left to go till Starcraft 2 officially hits the shelves, EB Games has announced that they have a second batch of Collector’s Edition sets for pre-order at $148.00. Now these guys were snapped up quick in the first release, so there is not much else to say but hurry!

It should be noted that the initial deposit has been increased to $50, and also that these will probably not come with a beta key like the previous ones, so you will still have to (painfully) wait till 27 July.