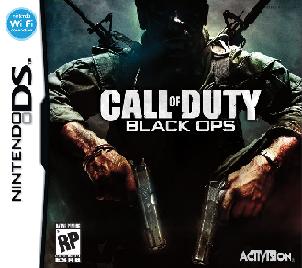 Call of Duty Black Ops is looking to be one of this year’s biggest releases across all platforms. The Nintendo DS version is being developed elusively by n-Space and is starting to look to be a worthy handheld option for fans who want their Call of Duty fix on the go.

The DS version will put gamers in the boots of CIA-backed operatives that are dropped into the shadowy world of deniable operations with an expansive arsenal of weapons at their disposal.

“Call of Duty: Black Ops for the Nintendo DS is going to take the handheld Call of Duty experience to a new level,” said Dan O’Leary, n-Space Studio Head. “From taking the controls of an attack helicopter to flying an experimental stealth fighter jet, players will have a wealth of new features to utilize.”

Another feature that is sure to impress is the six-player online multiplayer mode with a new Perks System, as well as a unique two-player Co-Op mode and Arcade and Challenge Modes that allow gamers to replay the single-player missions to earn extra points to unlock additional achievements.

The portable handheld market is booming at the moment and this is a genius move to branch out the franchise. The news is still fresh but I would guess the M rating might not apply but that is still up in the air and is sure to be confirmed in the near future. Call of Duty: Black Ops drops on the DS on November 9th as well as the Xbox 360. Wii, PS3 and PC.