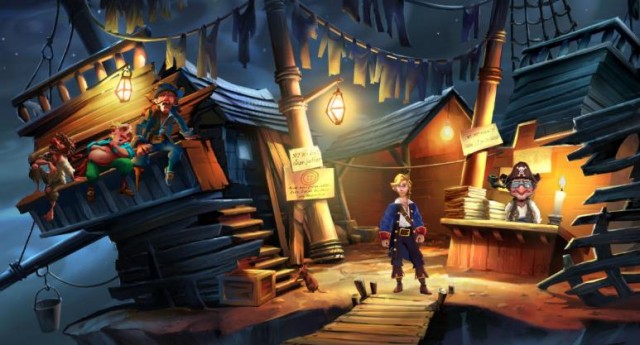 They first gave us The Secret of Monkey Island Special Edition…and we all loved it! Then they started working on the second one…and we waited!…The wait will finally come to an end as LucasArts has announced that Monkey Island 2 Special Edition: LeChuck’s Revenge will be launched on X-Box Live, PlayStation Network, Pc and Mac on July 7th!

Unfortunately  if you’re waiting for the iPhone or iPad versions, they won’t come out now as they’re scheduled for the end of this summer.

The game follows the same formula as its predecessor but this time it has some twists! The hint system has been modified so that now you can highlight all the objects you can interact with by pressing L1 and there will be pop-up control options which will only show relevant actions related to an object, also Guybrush’s movements will be controlled via the analog stick.

The game will have unlockable concept art and developer’s commentaries allowing us to get some insight on different characters!