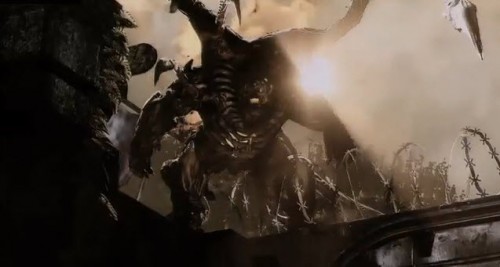 Who isn’t pumped for Gears Of War 3 on the Xbox 360.  Well if you missed it here is the E3 Co-Op trailer courtesy of GameTrailers and the official E3 site.

The action is fast and furios and the lambert Locust are deadly, especially the transforming ones.   Seems like you can do a whole of things in co-op which have a few people excited.  Graphically the game looks amazing running on the new Unreal Engine.

Cliff also announced a new mode which they will be showing on the floor called BEAST !! ??  .. what is it .. well stay tuned 😉

Sit back and enjoy the Gears of War 3 all-new campaign game play!  LOCK AND LOAD !!