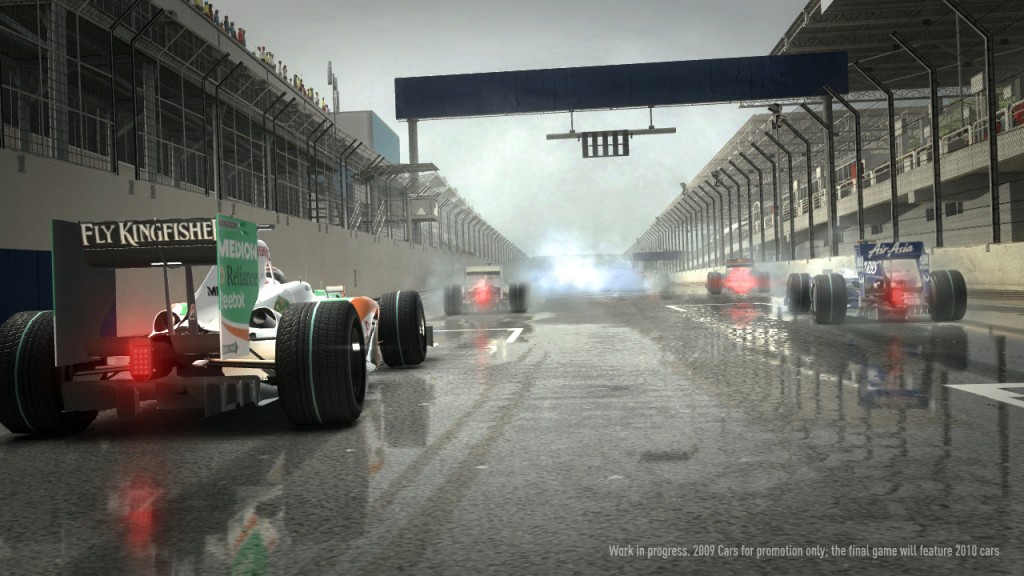 The dynamic weather system is the focus for the latest F1 2010 developer diary released by Codemasters.

Weather can have a dramatic affect on the outcome of a FORMULA ONE™ race, affecting both the level of control of the cars and race strategy. To deliver the most authentic FORMULA ONE experience possible, these effects are fully simulated in F1 2010, the official game of the 2010 FIA FORMULA ONE WORLD CHAMPIONSHIP™.

In the video, the wide ranging effects of weather and their impact in the game are revealed. FORMULA ONE test driver Anthony Davidson explains that although you have some information about the weather at your disposal, how you use that information is crucial: “The teams know by the radar where the weather is coming from and how long it’s going to last. You’ll be aware of what the weather’s doing roughly, and then you can make your call, just like you would in real life.”

“Players can be going along outside the points, and maybe they make a gamble. The clouds come in, the skies darken. Maybe you pre-empt that the rain’s going to come now and you change your tyres early. Player choice is going to be critical at those stages,” added Senior Producer Paul Jeal.

In career mode, F1 2010’s weather system is fully dynamic, mirroring real life conditions which change at any time, whether between sessions or during a session itself. The weather authentically reflects the conditions at each of the 19 GRAND PRIX™ locations, meaning rain is unlikely at Abu Dhabi but conditions can be unpredictable at Spa and Silverstone. Presenting a further challenge, players can set the weather conditions and experience the dramatic affect they have on racing in GRAND PRIX, Time Trial and Multiplayer modes. 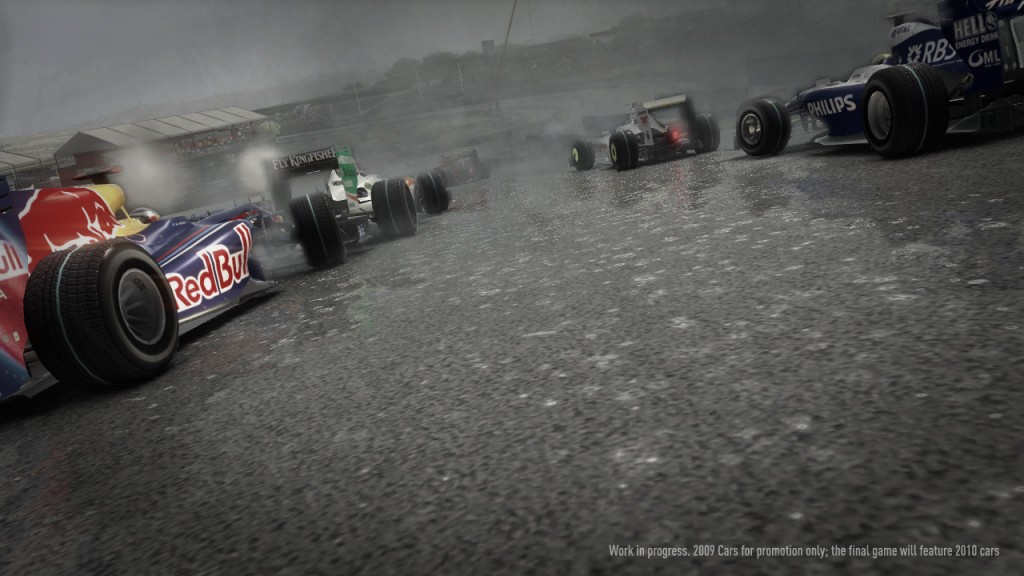 More than just a visual affect, the dynamic weather system in F1 2010 is an integral part of the game’s Active Track technology. This system means that the track is fully aware of how much grip, water, rubber, dust or marbles there is for every 30cm² of track surface, allowing players to see and take advantage of realistic drying lines during wet races as cars displace water from the racing line in real time.

Players will have to adapt their race strategy on the fly to accommodate for the changing conditions and will be able to gamble on a particular strategy that could lead to them gaining or losing places. Being on the wrong tyres at the wrong time could well ruin the chances of a positive race result.

To ensure F1 2010 will deliver the most authentic recreation of weather conditions ever seen in a racing game, former FORMULA ONE driver Anthony Davidson has been embedded into the team to give a driver’s perspective on the affects that changing conditions have upon the car and race strategy.

Enjoy the developer diary below : 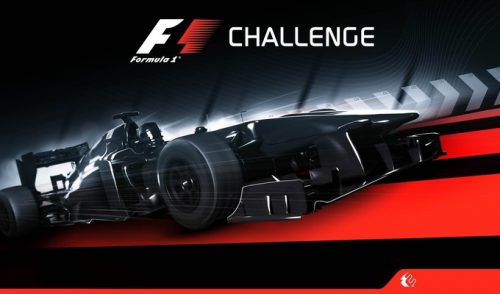