Well, if you are a big fan you should keep your eyes on Battle Vs Chess, a dramatic evolution of the timeless strategy board game.

From the press release:

Battle Vs Chess aims to bring the classic tabletop game into the modern age, without removing the essential qualities that have made it popular for centuries. Familiar chess pieces are brought to life as richly detailed 3D models, with players seeing the spectacular results of their actions in their quest for domination of the board.

The traditional white and black armies have evolved into an army of light with their brave knights in shining armor, pitted against the wicked dark army of demons and beastly golems. Each piece is intricately animated and as players move them around the board they spring into life, ready to wage war. If a square is occupied by an enemy unit, they enter into a brutal clash that sees the foe removed from the board in bloody combat.

Another evolutionary element Battle vs. Chess brings to the arena is the addition of the optional Action Mode. If selected, instead of entering a scripted animation when attacking, players challenge their opponent in a beat-‘em-up style encounter. Using a variety of weapons, fighting techniques and combos, players must best their opponent in a fast-paced flurry of blows and special moves –adding a whole new meaning to the phrase ‘checkmate’.

SouthPeak Games will launch Battle Vs Chess on consoles (PS3, Xbox 360, Wii, Nintendo DS and PSP), PC, Mac and handhelds this Fall in the United States, Canada, South America and the UK. 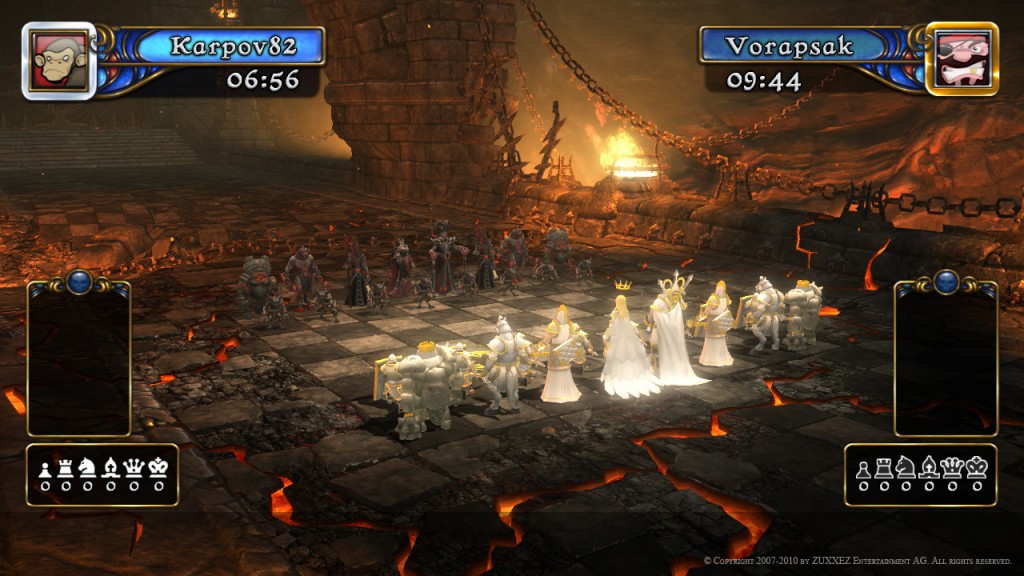 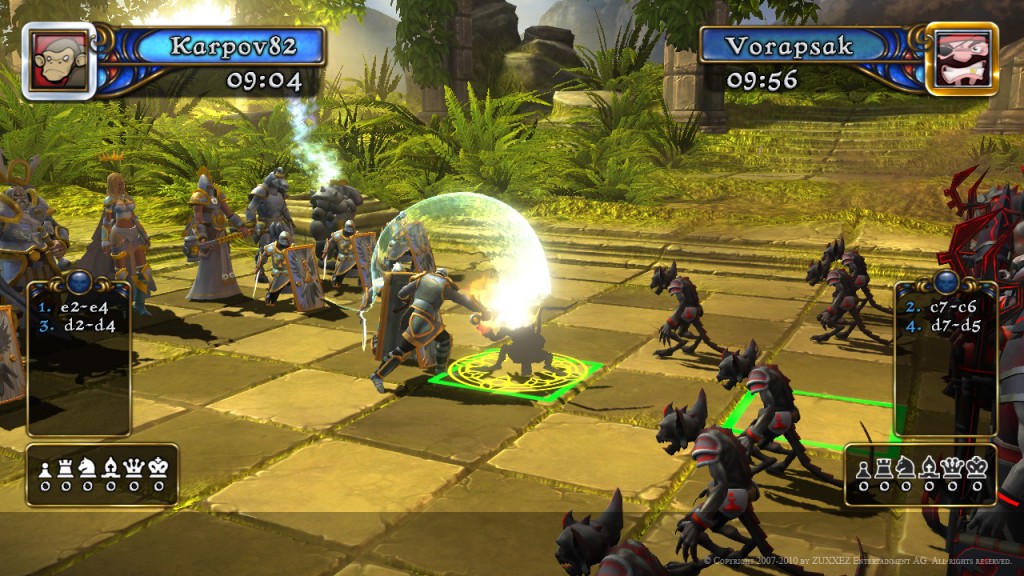