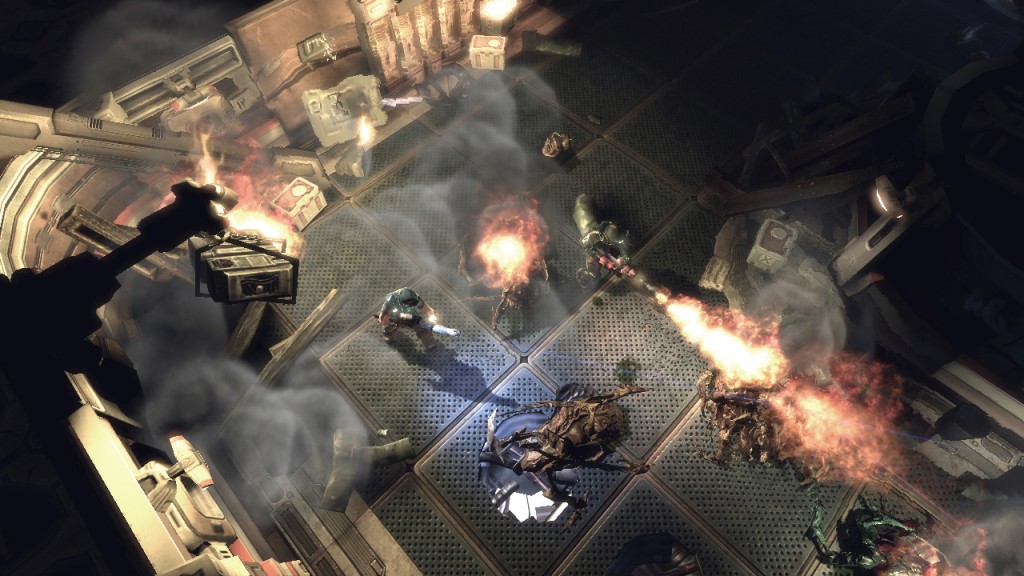 Alien Breed: Impact was just announced yesterday, but you can already pre-order the game on Steam for a 10% Off offer and an exclusive in-game digital comic, chronicling the troubled back-story of the game’s hero, Conrad, the doomed space vessel’s Chief Engineer.

If you are still unsure about the game, grab the demo on that link and check it out. The demo puts the player through their paces in a specially designed “Prologue” section. This can be played in single-player and in online co-op with a shooting buddy.

Alien Breed: Impact will be released June 3rd on Steam. Currently there’s no details about the PS3 version.

Below you can see the first trailer for the game.