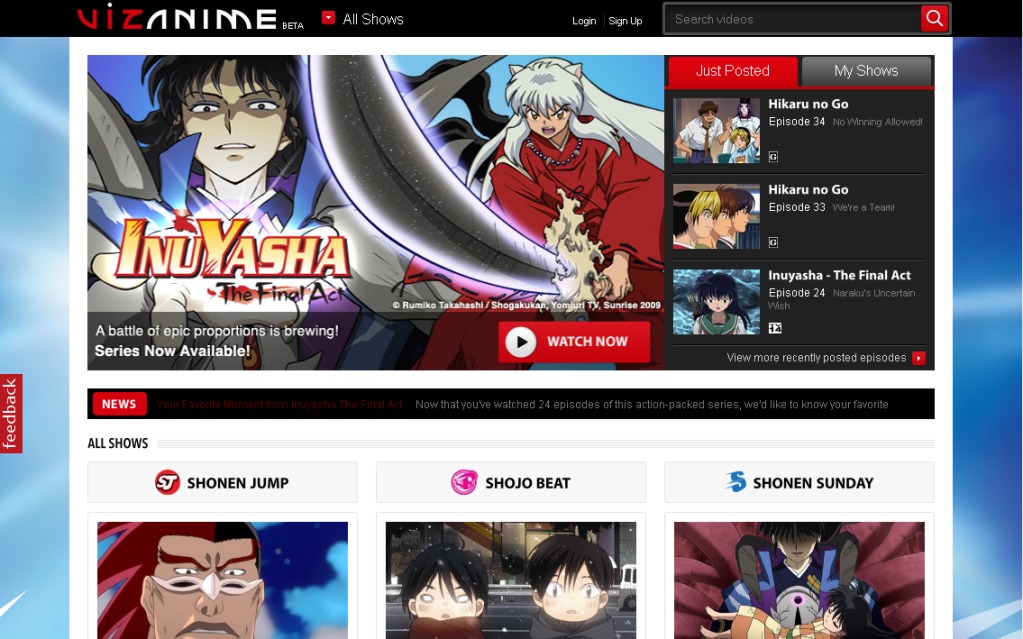 As you may have seen, I occasionally post some information about the latest things happening in the anime world, and though most of these are Japanese anime only. This one may appeal to everyone here. Viz Media has launched Viz Anime.

This website allows you to view streaming episodes that are already subbed even though the show has only just aired in Japan. Fans of the new Inuyasha or Naruto: Shippuden should greatly enjoy this new feature. The shows are shown via Hulu, so expect some commercials sporadically placed while watching anything.