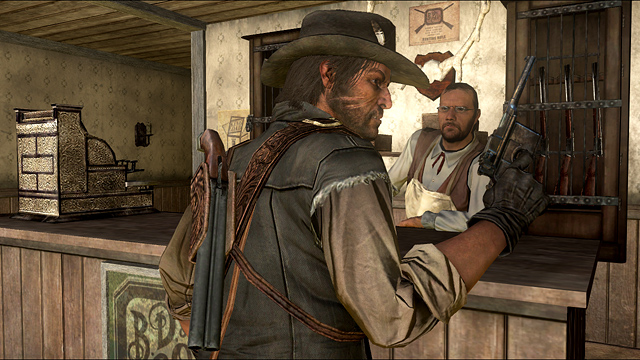 Rockstar have announced a list of Achievements & Trophies for Red Dead Redemption on both Xbox 360 & Playstation 3.  Here is a more complete list of all the public in-game accomplishments that can be unlocked and added to your Achievement & Trophy collections (There are also 13 Secret Achievements & Trophies that you’ll need to wait until May 21st to try to figure out and unlock).

Buckin’ Awesome
Break the Kentucky Saddler, the American Standardbred, and the Hungarian Half-bred.

Bullseye
Get 250 headshots in any game mode.

Exquisite Taste
Purchase a rare weapon from a gunsmith.

Fightin’ Around the World
Knock someone out in melee in every saloon in the game in Single Player.

Friends in High Places
Use a Pardon Letter with more than $5,000 Bounty in Single Player.

He Cleans Up Well!
Obtain the Elegant Suit.

High Roller
Win over 2,000 chips in a hand of Poker or Blackjack.

How the West Was Won
Reach the top rank for multiplayer experience.

In a Hail of Bullets
Kill 500 enemies with any pistol or revolver in any game mode.

Long Arm of Marston
Kill 500 enemies with any rifle, repeater, or shotgun in any game mode.

Most Wanted
Maintain a max wanted level for 10 minutes and escape alive in a public Free Roam session.

Mowing Them Down
Kill 500 enemies with a mounted weapon in any game mode.

No Dice
Complete a game of Liar’s Dice without losing a single die.

Posse Up!
Create a posse and get the maximum number of members

Red Dead Rockstar
Kill a Rockstar or someone with this achievement in a public multiplayer match.

Strange Things are Afoot
Complete a task for a Stranger.

The Gunslinger
Get a headshot while in Expert Mode in Single Player.

Unnatural Selection
Kill one of every animal species in the game in any game mode.

What About Hand Grenades?
Get a ringer in a game of Horseshoes in any game mode. 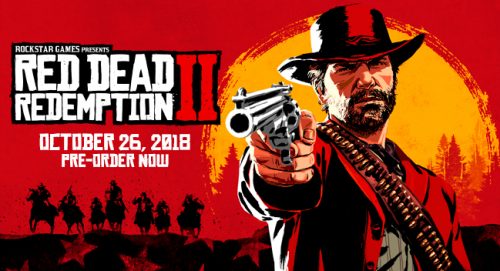