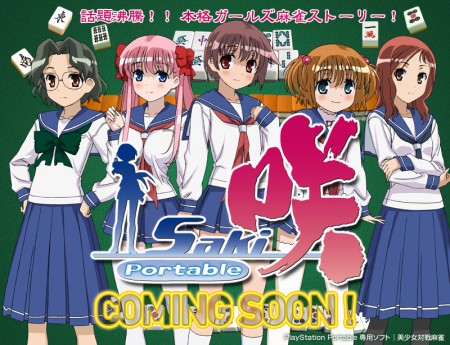 If you watch anime, then back in Summer of 2009, you probably heard of a certain Mahjong oriented bishoujo anime called Saki. It turns out they are developing a game for the PSP focused directly on Saki and Mahjong. The game is being released March 25th in Japan, and available for importing orders shortly after outside of Japan.

What’s everyone think of this one ? pretty cool huh 😉

The 3rd Birthday gets a familiar English trailer