Press Release information from Kiloo regarding Whac-a-Mole.  This a fantastic achievement. Seems like over 1.5 million people like Whacking stuff !! 😉

Today, Kiloo announced the download numbers for the Whac-a-Mole™ branded game for iPhone and iPod Touch over the 12 days of Christmas. In this period Whac-a-Mole™ received more than 1.500.000 U.S customers peaking on the 25th of December with 220.000 downloads in one day – more than three per second! Whac-a-Mole™ stormed the charts during December achieving the 2nd most wanted application in the U.S iPhone top 100 list.

The Whac-A-Mole™ game represents more than three decades of brand heritage and is developed and published under license from Mattel (NYSE:MAT). Whac-a-Mole® dates back to 1971 and has provided countless hours of entertainment to millions of people worldwide.

We are truly excited to announce that we have brought a great game with a well established brand to the palms of 1.500.000 devoted fans out there.’ said Jacob Moller, Chief Executive Officer at Kiloo. ‘The iPhone and iPod Touch platform has really kicked off and here at Kiloo, we are committed to bring more games and entertainment to the millions of gamers across the globe.’

‘Whac-a-Mole™ – Raise Your Mallets’ is available for free World Wide from the Apple App Store.

For more information, go to www.kiloo.com. 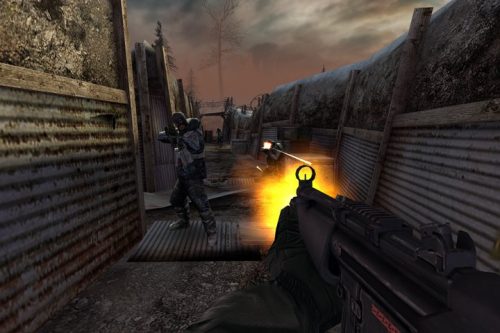