Congratulations to Red Tank on a job well done.

Anno 1404 is the fourth in the popular city / colonial builder series and the second full game by developer: Related Designs. While city builders aren’t really the most popular genre out there, it does offer a very unique experience that other games just can’t reproduce. What this game brings is an intense experience that will require brain power, patience and lots and lots of time. This game is different, this game is not for everybody.. but is it for you?

The games concept at its core is very simple, you build to build some more and all while keeping your populations needs and wants in mind. If that sounds too simple for you, then fret not as this is one of the more difficult and addicting games this reviewer has played all year.

The game itself handles pretty similar to most city builders or rts. You get the classic birds eye viewpoint, you point and click to do everything — build buildings, move troops, ships, etc — and moving the mouse around the edges moves the camera. But what makes this game addicting and particularly hard to put down is its brilliantly crafted gameplay and its gamemodes.

There are three game modes in Anno 1404; Campaign, Scenario, and Continuous game. Campaign consist of eight levels and a story that has you building your way to prevent a crazy cardinal from starting a crusade. An adventure that takes you from the Occident ( the West ) to the Orient( a little more about this later on). The Scenario mode on the other hand lets you waste your time on six scenarios with varying difficulties and winning conditions that will take hours upon hours of your time.

But the real meat of this game is in the Continuous game mode, it’s basically a never ending mode or a free build mode depending on how you look at it. And what this mode do is it lets you play the game however you want to play it, as you can customize how many ai players you play with, how difficult they are, size of the map, starting gold, etc etc. This game mode — in my humble opinion — is one of the most addicting game modes available in any game out right now. But one might be asking about a multiplayer game mode; I’m sad to inform any reader that there isn’t one. While the absence of any multiplayer mode is a bit disappointing; This reviewer would argue that the Scenario and Continuous mode more than compensates for it with its almost endless replayability, something that players of the game could vouch for.

Now the obvious new addition to the game is the oriental faction and the oriental islands. The oriental islands are almost entirely made up of sand, which in turn makes the islands infertile and unsuitable for most production buildings. You need this things called Noria, and what it does is it pumps the land with water turning the normally dead and lifeless islands green and fertile. But before you can build that Noria, you need good relations with the oriental factions because you don’t have access to it unless the sultan likes you.

My head hurts just thinking about the other gameplay features. For example, I haven’t even mentioned natural disasters, trading, ship routing, diplomacy, and many more. And unfortunately I won’t be able to because this review is too long as it is.

If you’ve read this far then you would have noticed that we haven’t talked about any sort of combat. While you can command troops and ships to engage opposing AI’s there is very little need for it. In fact one can avoid it completely( except on the campaign mode), the only real battles you might be required to do is getting rid of annoying little pirate ships that would occasionally pester your trade ships. Very little emphasis is put into combat, instead what you get is a fully realized and addicting city builder.

The games graphics and audio is great, and it surprisingly runs well on cheaper or older computers even laptops. I’ve tested this on a laptop with a graphics card that’s equivalent to the desktop nvidia 8800 gt, and played it with settings mostly on the high side and resolution at 1600 x 900 and it runs smooth with very little hiccups during gameplay. The artistic details on buildings, ships, and the many islands is nothing short of fantastic. Not that the game looks photo realistic or anything like that but it does have a very appealing artsy look( if you haven’t notice yet). Not to mention the cities you build feels and looks like a real living, breathing city. I sometimes find myself just zooming in just to see what my little people are doing.

But it’s not all good news, the initial loading is quite long — granted it’s the only loading in the whole game and after it the game is pretty much load free — ,i found some of my loaded games to be running slow/choppy even though they worked fine before, and I’ve had friends experiencing some strange graphical issues that made the game unplayable. While I personally believe that most of these are gaming rig related, it’s still an annoyance that must be mentioned.

Voice acting and the music is also top notch. Accents are well done and dialogue is sometimes humorous ( in a good way ). I found myself playing the game for 2 hours straight and the game out of nowhere told me to go on a break and get some coffee, — while not necessary — humor is a good addition to a normally tense and sometimes frustrating experience.

The game is different from what most people play. There’s nothing to shoot, you don’t control large armies and there’s very little emphasis on combat. But if you enjoy more of a laid back rts/city builder experience, stressing patience and a requirement of time to master then look this game up. While it might not have a multiplayer mode it compensates with endless single player replayability and while there is a steep learning curve, the game rewards your patience with an experience that offers a sort of accomplishment that very few games can boast about.
An 8.5 out of 10 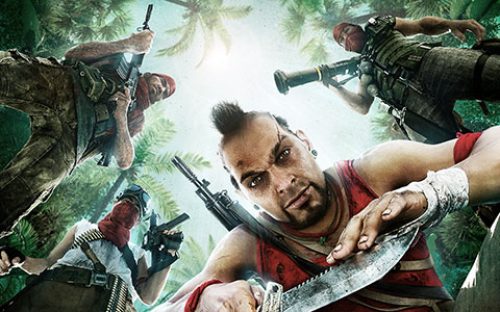