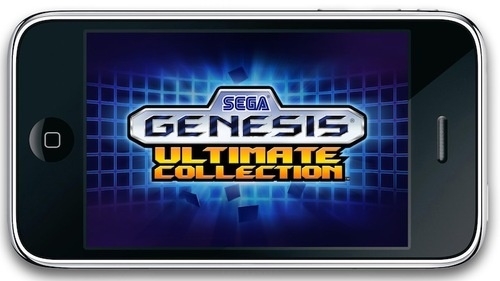 This is amazing news for Sega Fans who once again have iPhone strapped to their heads, like I DO !! 😛

Gizmodo have reported that Sega is about to release a free iPhone emulator (YES FREEEEEEE) called Ultimate Genesis (Sega Mega drive .. if you live in Australia) but here is the catch …. The Emulator is free but then you need to purchase SEGA Genesis games via downloadable content (DLC).   In a way this is a good thing.  As you can pick and choose whatever titles you like.

NOTE : The Free Emulator will include Space Harrier II and offer the following titles as additional purchases.

The Sega Genesis is due out for release sometime in February.  We’ll keep you posted closer to the date 🙂