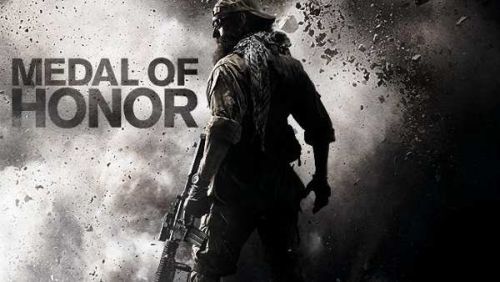 There’s a lot of gas bagging going on about how much Medal of Honor is SO similar to the Almighty Modern Warfare 2. Well let me add my 5 cents worth in on the argument. I would like to remind everyone that a VERY long time ago there was no such thing as Call Of Duty. The only KING of the FPS was Medal Of Honor. So When Call Of Duty came out all those year back was it safe to say that Call Of Duty was a rip-off Medal Of Honor ? Wasn’t it the exact same game with a new little feature thrown in called SHELL SHOCK, (everything would blur when you were close to a grenade that went off). Whoopie-Doo and that made it different from what was already the leader in its genre.

I know that EA got very sloppy and lost hold of its reign on top when they kept on re-hashing the same kind of war style battles being stuck in the history. Then Modern Warfare came out. A new war, a new enemy, a new bunch of hero’s and a new threat (sounds similar doesn’t it). Yes of course everyone would accept it as we were bored stiff with the same of WW2 battles that were going on not only in our tv screens, but between EA and Infinity Ward. So it became a HIT… We got to battle new terrorist threats and a new story unfolded, everyone love it, it was like a breath of fresh air filling the lungs of a 2 pack a day smoker.

NOW moving forward to 2010 the roles are in reverse. Modern Warfare is in the same spot Medal of Honor was all those years back.  Sitting on the top of the mountain as the KING of FPS war games. Everyone’s loving Infinity Ward they are heroes, they can do no wrong, and neither can the fictional characters that they have developed and created. Now EA comes along attempting to pull off the same same stunt that Infinity Ward did some many years ago, and everyone starts bagging and flaming and claiming that MOH is just a big RIP-OFF of Modern Warfare.  Have we all forgotten so quickly what happened all those years back when a couple of EA developers jumped ship and decided to make their own war game, were we quick to critize back then ? Even though it was very similar in nearly every aspect we all gave it a chance.

Even though Medal Of Honor 2010, reloaded, rebooted or whatever everyone is calling it is going to be practically the same as Modern Warfare it doesn’t mean we shouldn’t give it a fair go and a chance to prove itself. With a new team over at EA running with MOH. I believe we will all be pleasantly surprised with the final product, maybe it might give Modern Warfare a good run for its money and HOPEFULLY knock it off and out of its number one position and show the world that a game that used to be king can be king again.

I’d like to give Medal Of Honor the following title : MOH “The Return Of The King” not reload, not rebooted not anything else. The King Shall return and it will take its rightful place on the top of the mountain once again. And then the real battle will begin. 😉