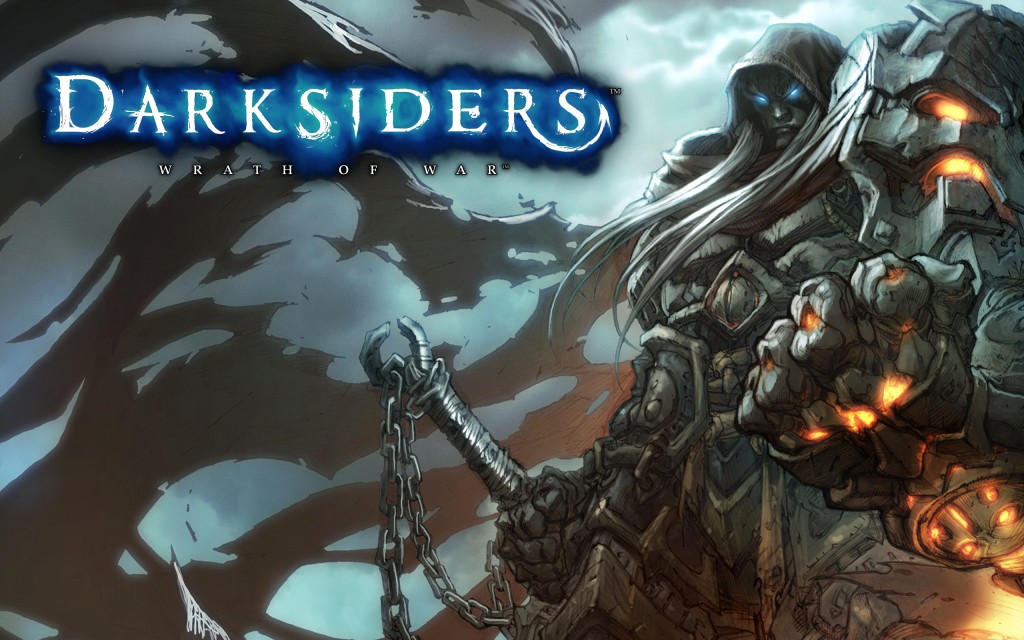 If you haven’t heard anything about Darksiders, well have a read below on what its about.  It’s shaping up to be very interesting, being able to control WAR from the Four Horsemen of the Apocalypse to reign destruction on demons of the underworld now roaming the earth is something no hot blooded gamer can resist

Penned by legendary comic book artist Joe Madureira (X-Men, Battle Chasers, The Ultimates), Darksiders is set in a Post-Apocalyptic demon-ravaged world where evil forces have prematurely brought about the end of the time. Originally sent to oversee the destruction of Earth, the Four Horsemen of the Apocalypse have been betrayed by their master, stripped of their powers and cast down to Earth. Players take on the role of WAR — the first of the Four Horsemen — as he embarks on a brutal quest of vengeance and revenge against the forces that betrayed him with the help of his phantom steed RUIN. The first title from new THQ studio Vigil Games, Darksiders: Wrath of War features open-world exploration, a deep combat system and a huge arsenal of modern and mythical weapons.

Bioshock 2 – Delayed till next year