Like many of Capcom’s PC SKUs, DMC4 PC is by far the very best version of the game.

Here are some of the PC specific enhancements:

• PC Settings allow you to customize graphic resolutions, texture sizes, and a frame rate in accordance with your PC

• Part of the games Games for Windows program

•Compatible with DirectX 9 and DirectX 10.

If you happen to have one of the Nvidia 3D Vision setups, the game is extra stunning. Until RE5 PC was released, Capcom believe DMC4 was the best experience that could be had on that technology.

Now, if you’d like to see how the game will run on your rig, Capcom invite you to try the Devil May Cry 4 benchmark and demo that we released last year.  Do be sure to update your Nvidia and ATI graphics card drivers to get the best performance/compatibility.

Enjoy and thanks for Capcom for sharing this piece of information with us. 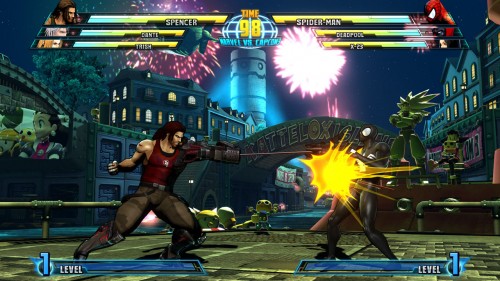