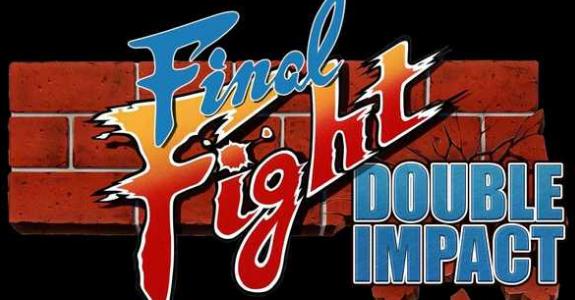 G’day everyone, and welcome to another Capsule Computers interview, today we have returning to the studio Capcom’s Associate Producer for Final Fight Double Impact — MR Robby Zinchak.  Robby.  Welcome back to the hot seat.  How you been ?

Been keeping busy as we close out the project, but excited to see both how good the game is looking and how excited the community is about it.

Ok question number 1 : Let’s get down to the nitty gritty straight away :  Please explain to everyone what Final Fight Double Impact contains, what new features we can expect and has anything been changed to make it better. (ie HD graphics new characters, multiplayer ect)

Final Fight: Double Impact includes both the original arcade versions of Final Fight and Magic Sword.  You can play through both games in their pure forms with no extra features… or you can flip the switch and play using the beautiful HD filters and remixed music from the creators of the critically acclaimed Bionic Commando: Rearmed soundtrack.  We’ve also added a system called the Vault – which is basically an area containing tons of cool unlockable content. 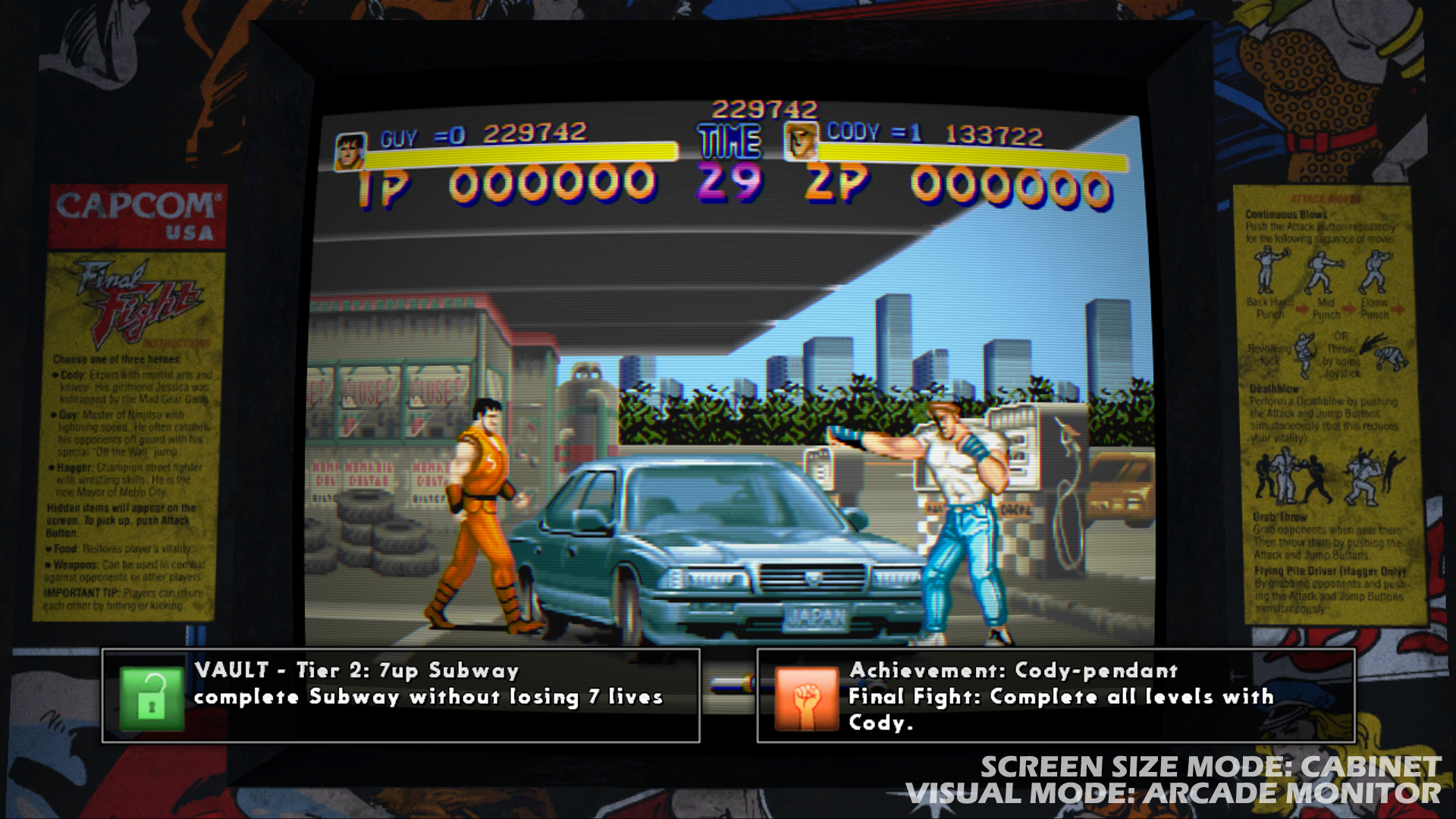 Yep, now you can play the games cooperatively online!  We’re using a technology called GGPO to provide an excellent online experience on 360 & PS3.  No pricing has been announced yet.  Also, you can expect an assortment of leaderboards and trophies for both platforms.

Question 3 : How long has this little project been in development.  Who came up with the idea of bringing back one of the most popular beat-em-ups of all time ?

We’ve been in development pretty much since Flock came out.  The idea of bringing it back was a team decision – we were all very passionate about both classics and wanted to bring them back together.

Question 4 : Why was Magic Sword chosen, to partner up with Final Fighter Double Impact compared to some of the other more popular Capcom Arcade Titles.

Magic Sword was chosen as we think that players who enjoy Final Fight would also enjoy Magic Sword.  The gameplay of Magic Sword is a little more advanced than Final Fight, and includes some more cool features like captives that you can rescue and recruit.  But many players may have missed out on Magic Sword, so by pairing it with a popular title like Final Fight, it’s a great opportunity for us to reintroduce it. 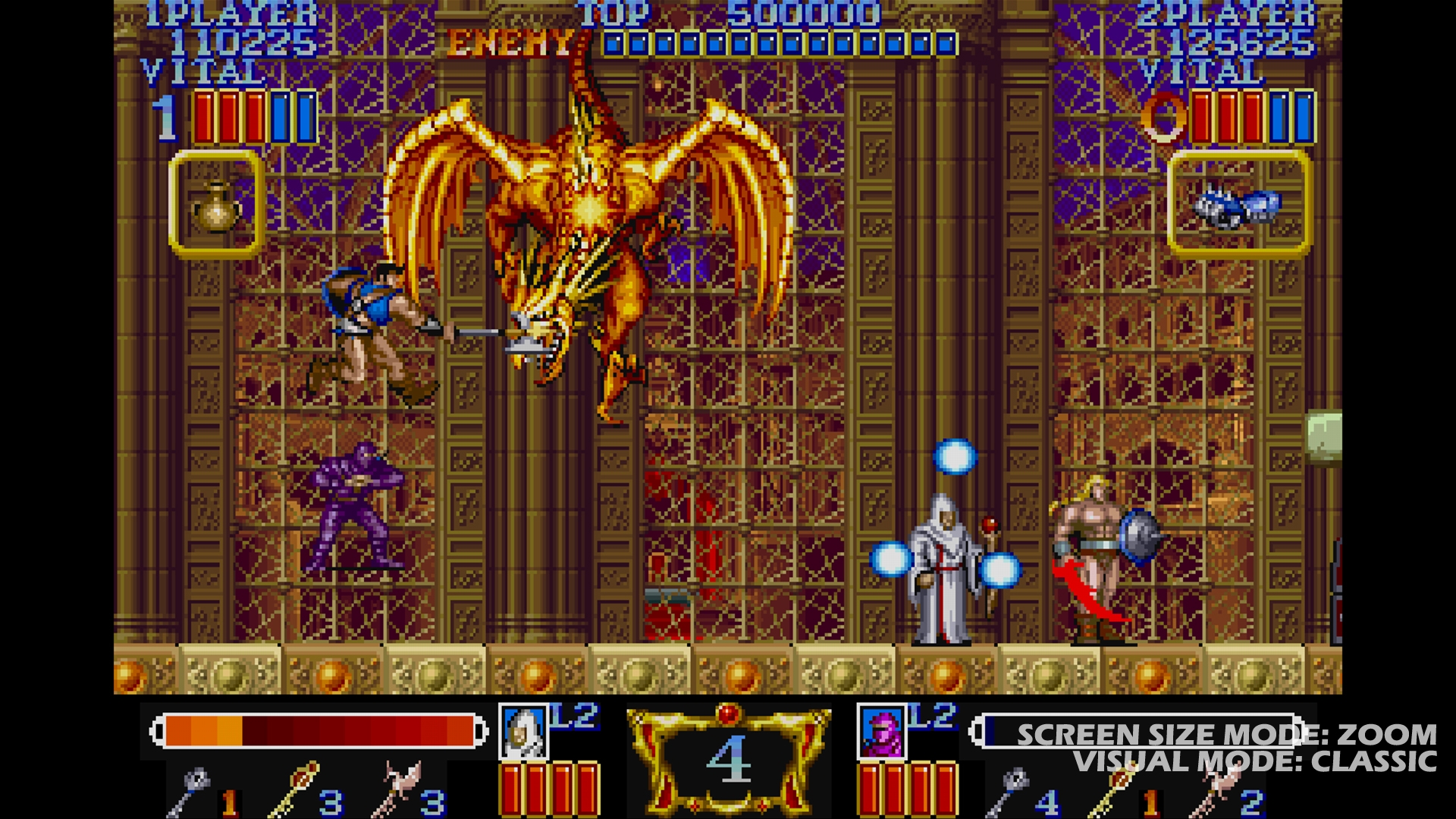 Question 5 : Explain how the multiplayer option will work for both games. From what I’ve heard your using GGPO technology.  Could you give us a rundown on how that works as most people haven’t heard of GGPO and its cool features for online play with old school arcade games.

Yeah, we’re trying something new and innovative here – players will be able to seamlessly drop into currently running games.  You can launch singleplayer games and other players can join in, so it’s very fast to get into the game.  Basically we want to simulate the experience of playing in the arcades and other players being able to walk up and start playing.

Question 6 :  What can players expect to see relation to achievements, trophies or goals etc with both Final Fight and Magic Sword.  Will they be challenging or a walk in the Metro City Park ?

Well, I wouldn’t say walking anywhere in Metro City is easy – but I think there’s a pretty good spread of easy, medium and challenging achievements.

Question 7 : Will this just be the start of a beautiful life together with Capcom Arcade games and next generation consoles ?? Will we be seeing more of these Double Impact packs in the future ?

We’ll have to wait and see, but I’m keeping my fingers crossed I have the opportunity to bring more Capcom classics to you 🙂

Question 8 :  Now Final Fight was around when other classic side scrolling beat-em-ups were in their prime like Double Dragon, possibly one of the best and legendary fighting games of all time.  … If both worlds collided and Billy and Billy Lee met Guy, Cody and Mike.  Who would win ?  Would they would join forces or battle each other to the bitter end .. your words, comments and suggestions on this 😉

Hmm, I think they’d probably team up to take down both crime syndicates.

Sure thing, nice talking with you!

Well that ends our interview with Robby on  Final Fight Double Impact.  Be sure to check back regularly for more information and updates regarding this.

Let us know what you thought of this interview, leave a comment below.