MasterAbbott from Capsule Computers had the complete pleasure to site down and speak to Seth Killian Senior Community Manager over at Capcom with regards to : Tatsunoko Vs. Capcom for the Nintendo Wii. 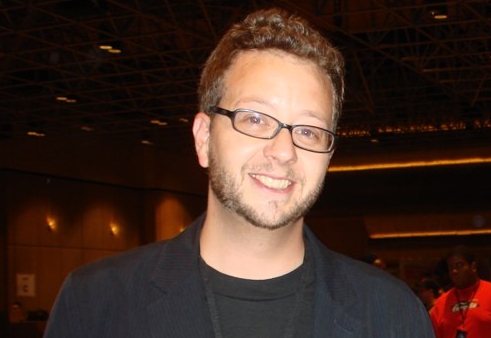 We go through some very interesting questions that haven’t been discussed anywhere else. Sit back and enjoy the read. Capsule Computers Question 1 : Tatsunoko Vs Capcom is being developed by Eighting, is this the first time they have worked together with Capcom in making a cross over style fighting game ?

Seth Killian : This is our first cross-over title with Eighting, yes, though we did previously work with Eighting on the Fate/Unlimited Codes fighting game.

Capsule Computers Question 2 : Who is in charge of the production for Tatsunoko Vs Capcom ? Tell us a little bit about the producer and his team.

Seth Killian : That would be Ryota Niitsuma.  His entire career as a producer has focused on fighting games, so he really knows his stuff.  The director is Ishizawa-san, who is one of Capcom’s most experienced fighting veterans.  He’s played a role in nearly every aspect of Capcom’s fighting genre, from Street Fighter games to Marvel Vs Capcom 2.  He’s incredibly knowledgeable about fighting mechanics, and a pro-level player himself.  Every time we get together our translator makes this sad face because she knows we’re going to completely wear her out with nerd-chat about hit boxes, move recoveries, and game balance.    The entire TvC crew has really impressed me.

Capsule Computers Question 3 : Tatsunoko Vs Capcom is being published for the Nintendo Wii.  What were the main reasons for focusing the title exclusively on the Wii compared to publishing on all other platforms like the Xbox 360 and the Playstation 3

Seth Killian :  TvC was developed originally as an arcade title on hardware very similar to what you find in a Nintendo Wii.  X360 and PS3 have a number of strong fighting titles, but this was our attempt to show you can make a great fighting game on the Wii as well, which is otherwise pretty light in that genre, and we hope people are pleased with the results. It’s really just a lot of fun, and IMO one of the best-looking games on the system.

Capsule Computers Question 4 : What do you believe have been the development teams greatest challenges designing a game like Tatsunoko Vs Capcom for the Nintendo Wii ?

Seth Killian : One of the big questions was about controls, of course—how far to try and utilize the Wii’s unique systems versus a more traditional fighting control scheme.  I think the team showed some real brilliance on that front, providing a very comfortable, familiar “Capcom fighter” feel while only using 3 attack buttons and one assist.  I’ve played some titles that I feel have suffered a bit from trying too hard to involve the Wii’s motion controls.  Not every game has to be all about motion controls just because it’s on the Wii, so I think the team was focused on just making a great game period, rather than a game that tries to really hit you over the head with the fact that “THIS IS A GAME FOR THE WII!”

Capsule Computers Question 5 : Can you describe what style of game Tatsunoko Vs Capcom  is ? And what players can expect in terms of  game play ? Is it a traditional 1v1 Street Fighter clone or is it more ?

Seth Killian : You can definitely pick Ryu and throw some fireballs, but overall it’s much closer to a Marvel Vs Capcom-style game, with lots of super-jumping, a big playfield, tag-team action, and very “over the top” specials and supers.

Capsule Computers Question 6 : How would you describe the fighting mechanic in Tatsunoko Vs Capcom.  Is it similar or very different to other cross-over fighting games created / published by Capcom, does it have a more complex attack system ? etc

Seth Killian : While a lot of people talk about the relatively simple control scheme, which has just light, medium, and hard attack buttons, the game actually has a number of complex systems under the surface.  It shares a lot of them with Marvel Vs Capcom 2 (tagging in and out, partner assists, dual-hyper combos, etc.), but actually goes further with systems like the Variable Air Raid (switch team members mid-combo), and the Baroque system, which allows you to trade the chance to heal back up for extra offensive power.  It’s pretty neat, but if you are just learning the ropes, you don’t really need to know any of that to start mashing out some good combos and see some crazy supers.

Capsule Computers Question 7 : Originally Tatsunoko Vs Capcom was exclusive to Japan only, what were the main reasons to localize it globally and we’re there any speed bumps/issues experienced by Capcom along the way ?

Seth Killian : There were a lot of speedbumps, but to make a long story short, we were very lucky to have a great partner like Tatsunoko to help us open doors and convince the rights-holders around the world that this was a great game that deserved a Western audience.  The game was originally only intended for Japan, but we all have the fans to thank for getting loud about wanting to see this game come West—it has, and with more characters and features than the original Japanese release had.  Since then, Nintendo has also become a big supporter of the game, so the snowball of enthusiasm just keeps growing.

Capsule Computers Question 8 : Tell us a little bit about the Tatsunoko universe, for the readers that have NO IDEA who or what it is.  Who are they ? What do they do and why did Capcom choose Tatsunoko universe/characters as a cross over fighting game title.

Seth Killian : Tatsunoko is huge in Japan.  They have been cranking out a large number of very successful, long-running characters since the early 60s, and are still going strong, with cartoons, manga, movies, and more.  The analogue in the west would be something like Marvel comics, or maybe Hanna-Barberra cartoons?  The characters work well with Capcom because of their iconic status, and Tatsunoko characters meant a lot personally to the developers of the game.  They were the cartoons they grew up on as kids, or still watch today, and it’s obvious they really loved the chance to put these characters into a game—there are so many little touches that really show the characters personalities and backstories.  Coming into development, I only knew a few Tatsunoko characters (the “Battle of the Planets” crew, and Casshern—I saw his live-action movie a few years ago), but I fell in love pretty fast.  Even if you know nothing about them, they are still just great superheroes that are fun to play.  Who doesn’t like giant lasers?

Capsule Computers Question 9 : How many playable characters have been included on both sides ?  What do you believe will be the fan favourites from both the Tastunoko & Capcom Universe.

Seth Killian : We’ve got 25 playable characters.  So far the biggest reactions have been for Frank West and Mega Man Zero, though Viewtiful Joe also has a very loyal following, which warms my (cold) heart.

Capsule Computers Question 10 : Is there any type of Story line in Tatsunoko Vs. Capcom ? Where in the world/universe will most of action take place ? Who are the main threats in the game ? and why ?

Seth Killian : There are two answers to that question.  In one sense, the crossover backstory is a little thin, in that you just have a TV with Tatsunoko characters malfunctioning as the two worlds collide.  So the reason for their coming together isn’t exactly James Joyce, but once you actually beat Yami and get to the character endings, they are amazingly well-written, with tons of great references and jokes, and are very specific to the characters you’ve chosen for your team.  IMO some of Capcom’s best work to date.

Capsule Computers Question 11 : The most enjoyable part of any traditional fighting game is multiplayer and being able to challenge and destroy and prove to the world that your NO#1 and along the line dish out and administer a few broken and bruised ego’s along the way.  Will Tatsunoko Vs Capcom have online worldwide multiplayer wi-fi capabilities ?  How are servers or matches organized and setup ? Is there a dedicated server or lobby for mach making ? or is it local multiplayer only ?

Seth Killian : Yes, TvC will have worldwide wi-fi online multiplayer, and the team has been working really hard on it.  The matchmaking is very easy, with friendly player matches and “serious” ranked matches (where your stats get recorded and ranked), just like a Street Fighter game.  You don’t have to input a lot of friend-codes or anything like that, and can easily find a match.  There are also some additional fun perks, where the game evaluates your playstyle based on the kind of moves you use.  It’s just for fun, but will be an interesting way for people to evaluate themselves and one another.

Capsule Computers Question 12 : In your opinion what do you think / suggest are the best character combinations for players new to the game.  And also what characters to choose from for the more veteran players.

Seth Killian : For beginners, try Mega Man Zero and Ryu.  Zero plays very naturally and has a great feel to all his normal moves, and Ryu has the advantage of relatively familiar specials, with fireballs, hurricane kicks, shoryukens, etc.

For more advanced players, Doronjo is a ton of fun.  She has a really unique playstyle, with lots of unusual moves and setups.  I also see a lot of veterans spending more time with our “giants” (Gold Lightan and the PTX-40A “Hardballer”).  They play by different rules than the human-sized characters, so of course have a different approach, which opens up an entirely new way to play and think about the game.

Capsule Computers Question 13 : If you have to choose 1 character from the Tatsunoko and Capcom universe as being your favourite who would they be ?

Seth Killian : It changes with time, but at the moment I’m busy coming up with elaborate zombie traps playing as Frank West.  On the Tatsunoko side, I’ve always enjoyed Ippatsuman.  He’s a bit of an oddball, but is a good mix of hard-hitting up close, with a few distance options as well.

Capsule Computers Question 14 : What would you tell people sitting on the fence that are in two minds about buying Tastunoko vs Capcom that could push them over the edge and make them go out and get this game.

Seth Killian : My guarantee to everyone that I demo the game for is that if you spend 5 minutes playing with me, you’ll walk away smiling.  The game was put together with obvious craft, and loving attention to detail.  It’s visually beautiful, but just a ton of fun to sit down and play, even from your first time out.  You can immediately get a few combos going, even if you were never any good at Street Fighter, and as you start to see more of the super combos, you’ll just laugh out loud.  It’s a serious fighter if you want to play it that way, but it’s so accessible and full of joy that everyone can get a lot out of it.

Capsule Computers Question 15 : AND FINALLY … Your Stranded on a deserted island .. possibly for the rest of your life !! Which character would you pick to be stranded with you  ? and why ?  😉

Seth Killian : Probably either Roll (she could keep things clean and use her “healing” super to patch me up, plus she’s just so cute), or Gold Lightan.  Having a 50-foot giant robot around lets you pick even the tallest coconut.

Capsule Computers would like to thank Seth for his time and for these really informative and interesting answers to Capcom’s next cross-over title Tatsunoko Vs Capcom for the Nintendo Wii, available Q1 of 2010.

Check out some of the fantastic screenshots from the game below. 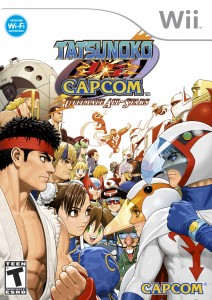 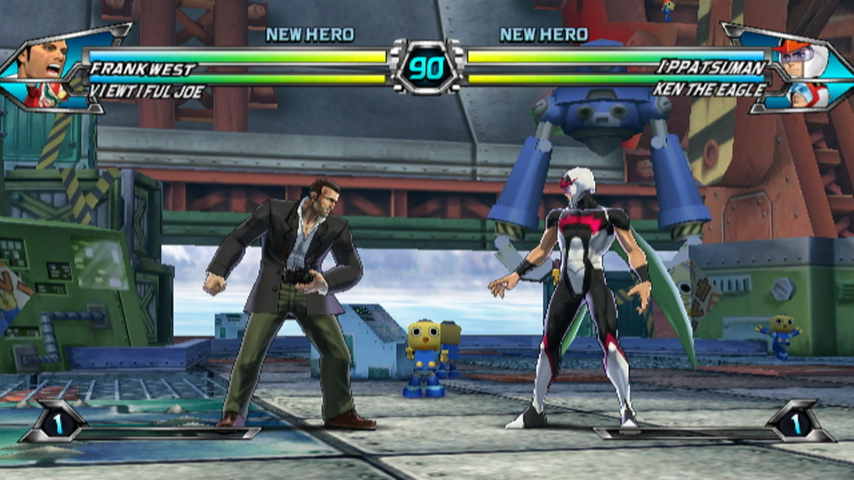 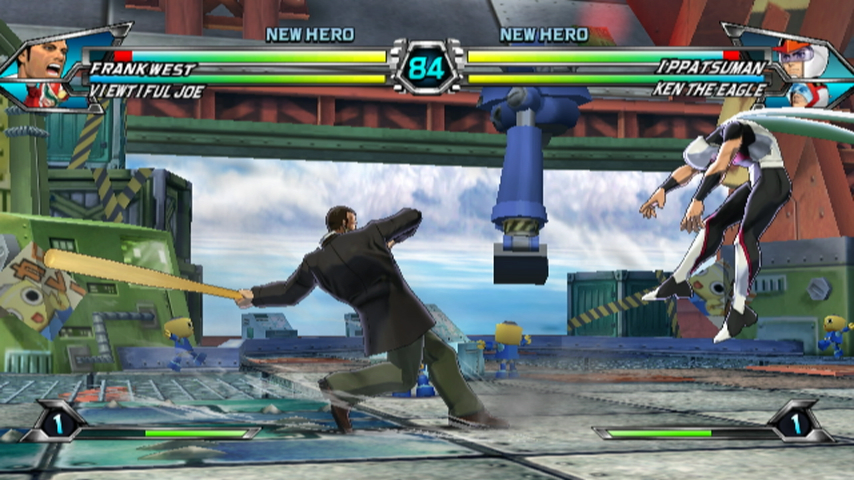 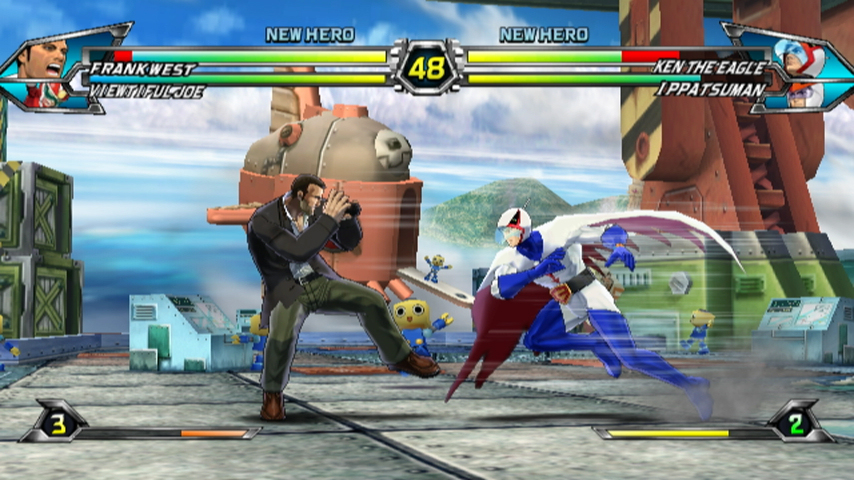 Let us know what you thought of the interview 🙂