PlayTV™ to launch in Australia

Sony Computer Entertainment Australia (SCE Aust.) announced today the introduction of PlayTV™ – the device that turns PlayStation®3 (PS3™) into a Personal Video Recorder (PVR) and High Definition digital TV tuner. PlayTV will be available in Australia on 26 November at a compelling recommended retail price of $169.95 and is set to become a favourite on the gift lists in time for the festive season.

With the ability to watch, pause and record free-to-air TV, PlayTV reinforces PS3’s rightful place at the heart of the family’s home entertainment needs. With twin HD tuners, PlayTV allows you to watch one program while recording another, or even record while playing a game or enjoying a Blu-ray movie. PlayTV offers a simple solution to the Australian family’s TV needs.

PlayTV also makes it possible to watch TV programs on the go via Remote Play on PSP™ (PlayStation®Portable) or via WiFi or 3G with Sony Ericsson’s AINO phone.

PlayTV provides the sort of features you’ll only find on top of the range PVRs:

With PlayStation 3, the game is just the start. PS3 is so much more than a games console; now it’s a TV tuner and recorder as well – PlayTV is one more reason why PS3 kick starts the home entertainment experience in the living room. 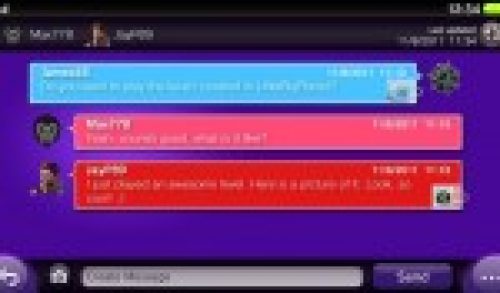