The Capsule Computers TRIALS HD for Xbox 360 competition has now ended.  All winners have been notified by email.  1 Lucky winner was chosen  by RedLynx CEO Tero Virtala himself.  Have a read at Tero had to say about the lucky winner’s winning comments.

I sincerely thank everone who has answered! Good and to-the-point answers.  Many people have clearly understood important parts of the game.  When still having to choose only one, I’ll definitely pick this one:

That’s a great philosophy, which unfortunately isn’t always true in real life.  BUT, in games, we don’t always need to follow the boring rules of reality.  And in a skill-based-game like Trials, this comment (while being funny also), actually captures a key thing.  It’s a physics based game, in which the player really controls the bike. And it’s the player’s skill that really develops while playing the game. Every success, and every mistake that happens – one thing is sure, you learn and develop your skills in both cases.  So with mistakes in Trials HD, you sure don’t have to regret later.  Actually, you could cheer every time you make a mistake.  ‘Cause it means you have just become a bit better player.

And for all of you, sunny greetings from the Northern part of the world!  At this time of the year in Finland, life is especially interesting. Summer is gone, winter is not yet here.  In the autumn mornings, the day can be like a warm summer day, or it can as easily be a chilly winter day!  And it most likely will change during the day – BUT you never know.  So, you will most likely make a mistake no matter how you dress/clothe for the day.  How do you learn from that mistake?

Some of us do it by staying indoors, and developing DLC for Trials HD 😉

Thanks to Tero for his time and for donating the TRIALS HD Xbox live codes, and congratulations to all the winners.   If you haven’t already done so, make sure you check out TRIALS HD on xbox live arcade.  Check out the link below to add trials HD to your xbox 360 download queue.

Thanks and good luck 🙂

TRON 2 license streams ahead but stays light years out of reach! 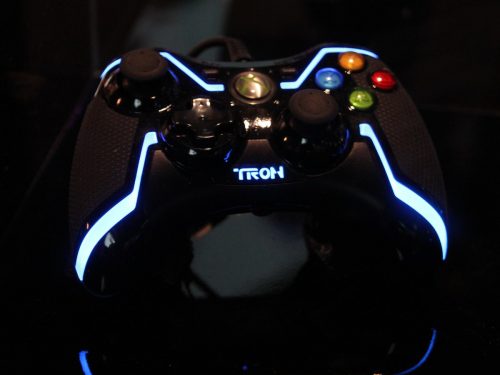